ANOMALY is a short film dreamed up by Jacco Kliesch who traveled to the ‘Land of Ice and Fire’ in October 2017. With a concept in mind of what he wanted to create Jacco teamed up with Wildboar 3D Studio and the film below is the result.

Personal note: I was blown away when I first started seeing clips of ANOMALY on Instagram last week. I quickly learned more about the guys behind the film, Jacco Kliesch and Wildboar, and I asked them if they would be open to giving the From Where I Drone community a behind-the-scenes look at how it was created. Thankfully they said yes so be sure to scroll down to get a behind the scenes look and learn more about how this epic film was made.

INTERVIEW / BEHIND THE SCENES LOOK AT HOW IT WAS MADE…

How did this project come about and how long did it take to make?

Jacco Kliesch: Last year I decided to go on a trip to Iceland. I already knew I wanted to make a travel video.

So I did some research – and noticed that there were already so many cool films and drone videos about Iceland.

I wanted to create something unique though so that was the start of how I came up with the concept for ΔNOMΔLY. 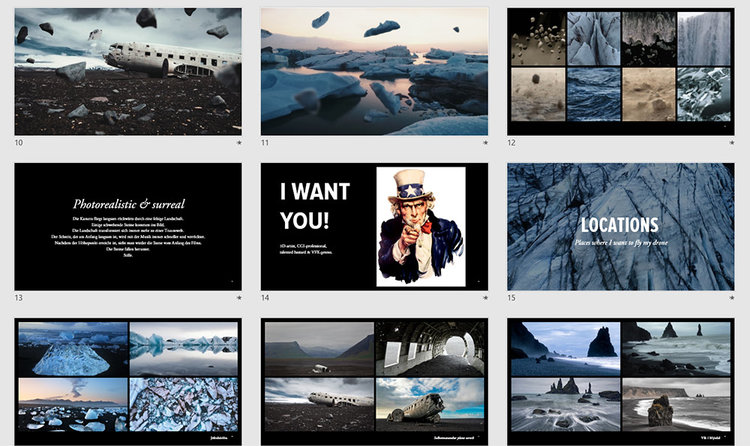 Jacco’s concept presentation where he explained the basic idea, did some research about locations and showed some rough drafts of the visuals using Adobe Photoshop.

To bring my concept to life though I knew I would need someone to make the visual effects, so I asked the guys at Wildboar 3D Design Studio.

I had worked with them before on some commercial projects and I had seen some of their animated shorts, so I knew they were very capable.

Luckily the guys shared my vision and agreed to work with me on this film. 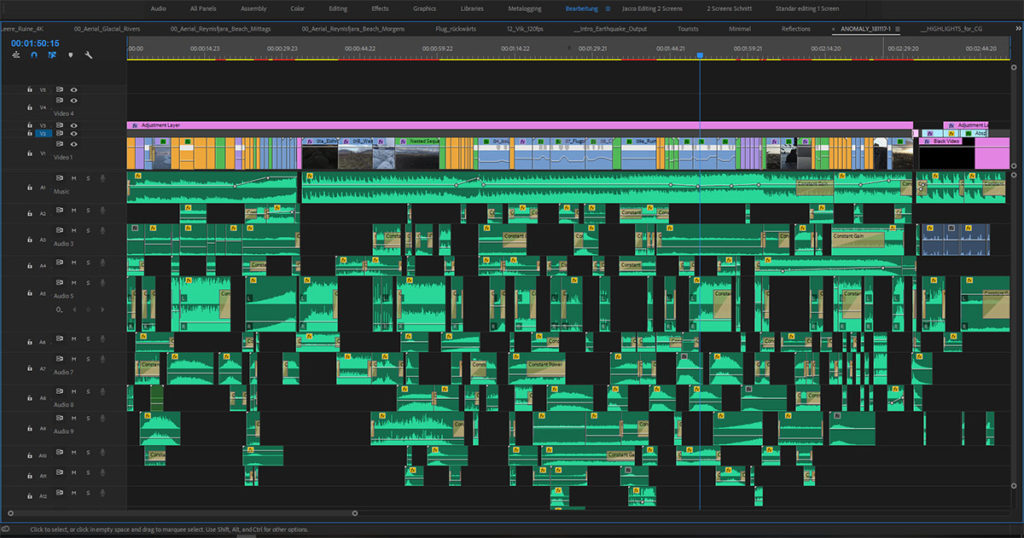 The whole project took about one year. With a lot of breaks of course, since it was a side project and we were working on other stuff too.

I started with the concept in September 2017 and then started shooting in Iceland for two and a half weeks.

After I returned to Germany I selected all the footage which was about 450 GB.

Then I made the first edit and highlighted the scenes for the VFX, exported them and gave them to the guys at Wildboar.

Wildboar: From there the VFX took us about 2 – 3 months.

Jacco Kliesch
: Once Wildboar sent me the first scenes I was blown away! They looked even better than I had imagined.

After the VFX parts were finished I re-edited the video, worked on the sound design and the colour grading.

Once it was done I couldn’t wait to show it to the world and uploaded it to Vimeo. 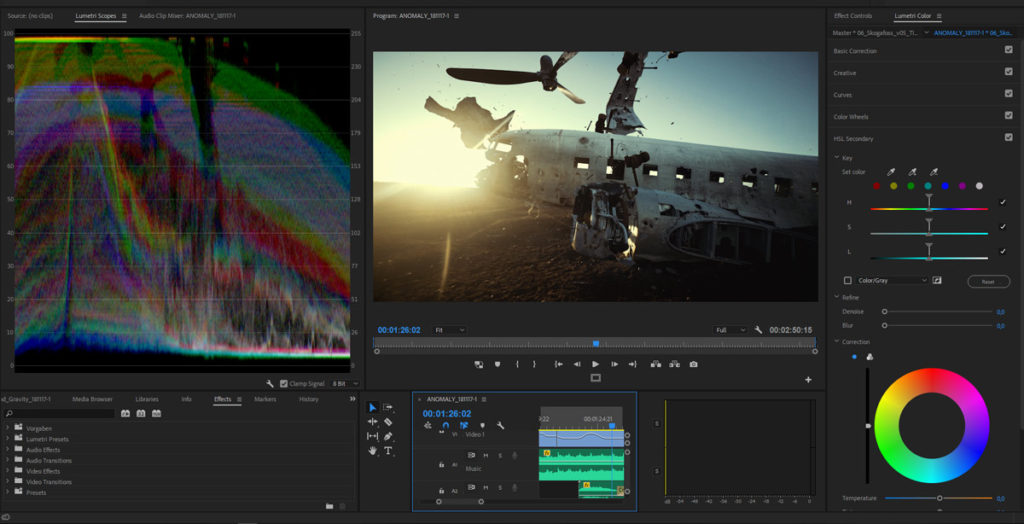 What is the inspiration behind this film?

Jacco Kliesch: The elemental forces and geological formations in Iceland were a huge inspiration.

Also, I was inspired by Christopher Nolan’s ‘Interstellar’ for the visuals. We wanted to turn Icelandic nature into a dreamscape and show what would happen if gravity stopped working for a few minutes. 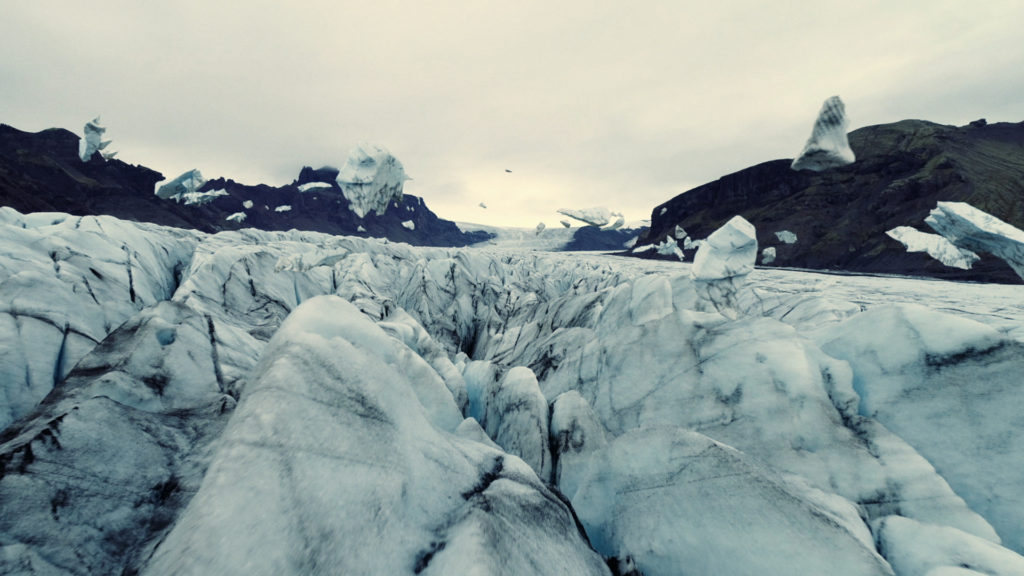 “Human use, population, and technology have reached that certain stage where Mother Earth no longer accepts our presence with silence”. — The Dalai Lama

How did you find your locations?

Jacco Kliesch: Iceland is just so photogenic. You can literally point your camera anywhere in Iceland and it looks cool.

It’s like a paradise for landscape photographers and drone pilots.

Before I went to Iceland I did some research with the help of a guidebook.

I also used Vimeo and Instagram to find location and I found a lot of locations spontaneously while hiking around in Iceland. 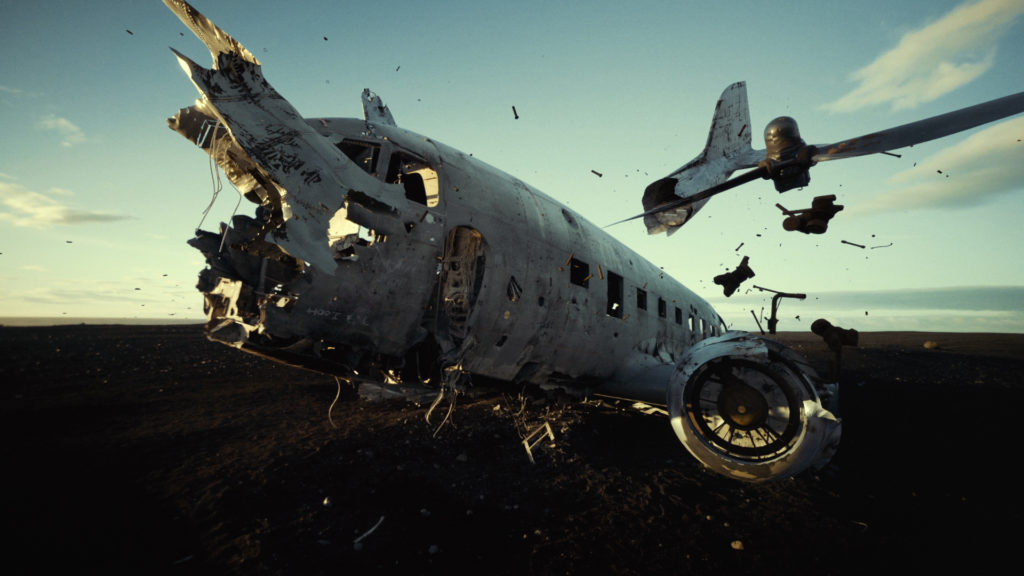 The cinematography and VFX are stunning! Can you walk us through how one of the shots was conceived and then executed?

Jacco Kliesch: The shot with the rock on the beach was shot on the DJI Phantom 4 Pro. 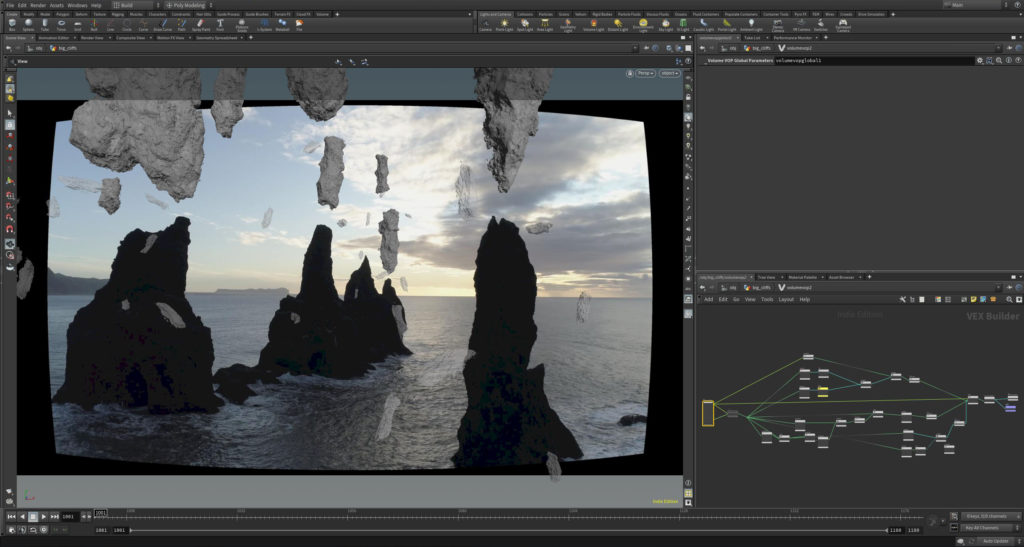 For the shot below I had the drone circling around the rock in Point-of-Interest mode. After I selected the shot to be included in the film I handed it over to Wildboar.

I already was set for this shot to go in a certain direction but the guys also had a lot of creative freedom with the CGI elements and they brought some great ideas to the table.

An example is this disintegrating rock in the foreground. 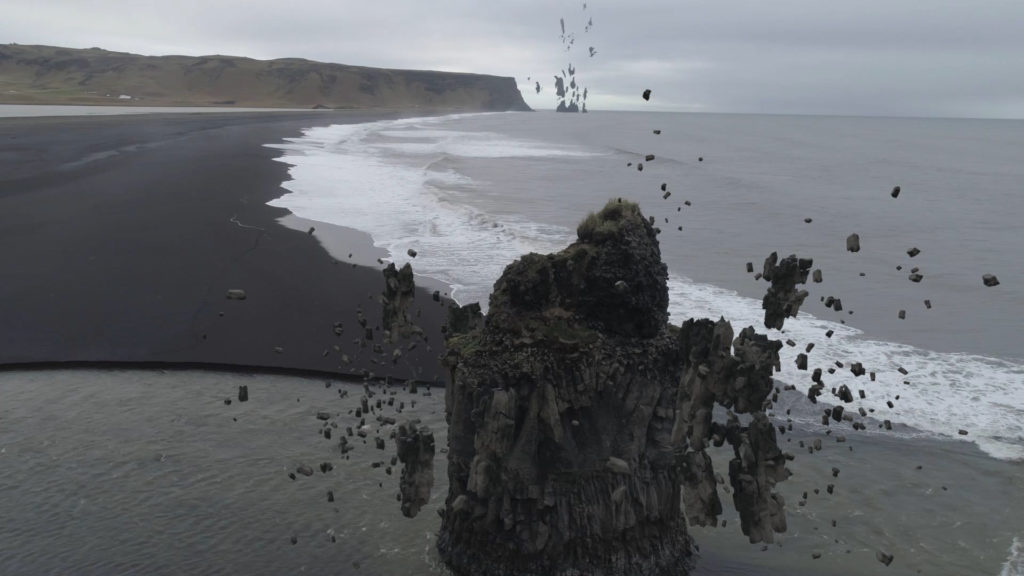 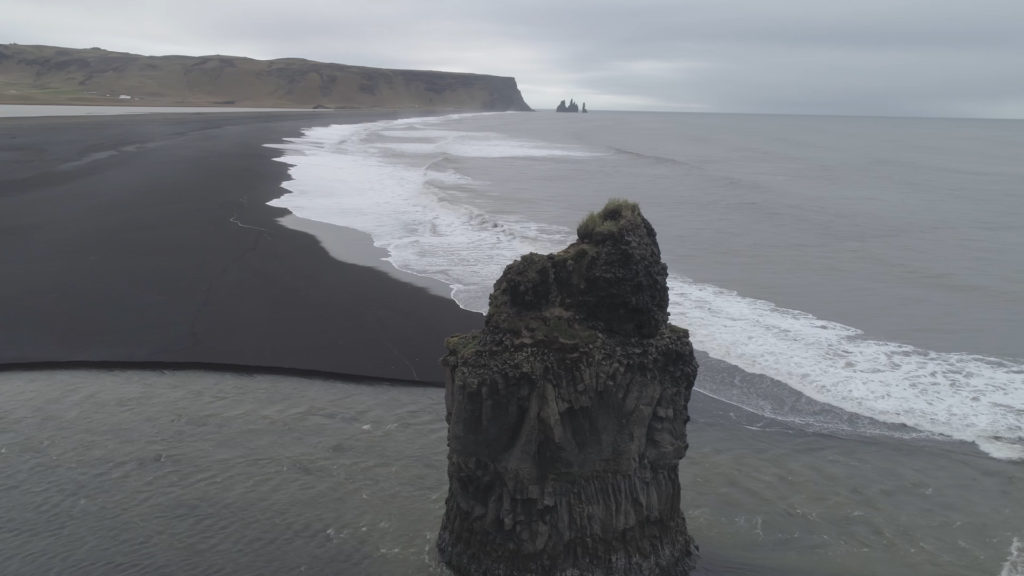 Wildboar: For the specific shot above we first tracked the shot with Nuke’s 3d camera tracker, and then undistorted the image.

After that, we modeled and animated procedural rocks, stones and ice in Houdini, and shaded them procedurally as well.

The idea behind our procedural approach was the reusability of assets. (To learn more about what procedural modeling and animation is click here) 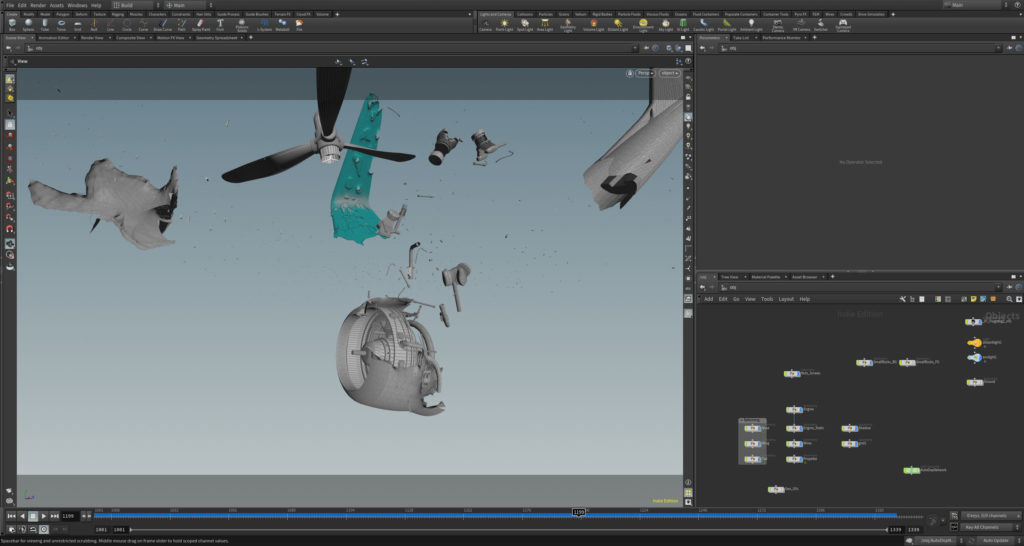 One advantage to coming at this project from a procedural approach is that if we have the setup for one stone, we could duplicate it and get endless stones of the same variety.

We rendered all of our assets in Mantra, the renderer of Houdini.

The rotoscoping, compositing and VFX colour correction was done completely in Nuke. 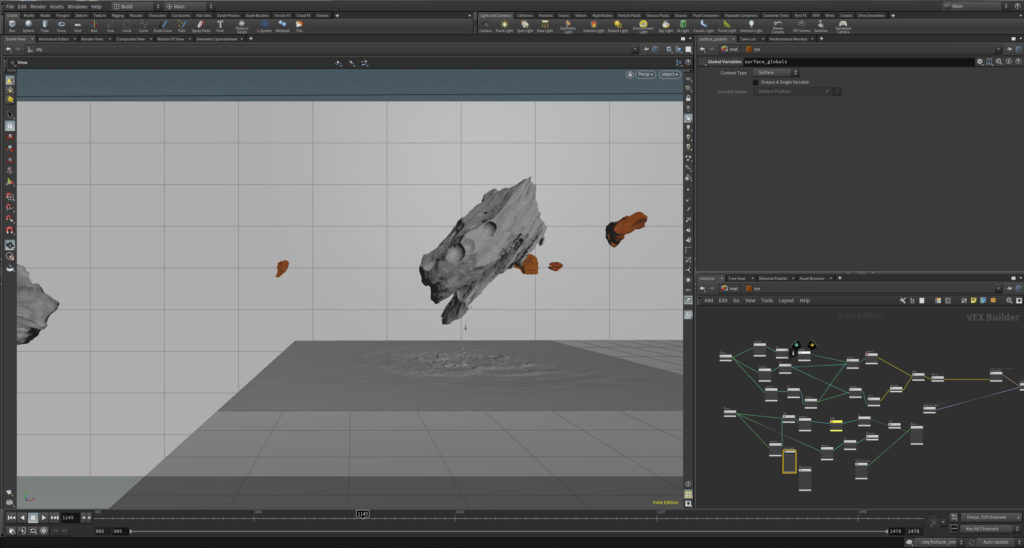 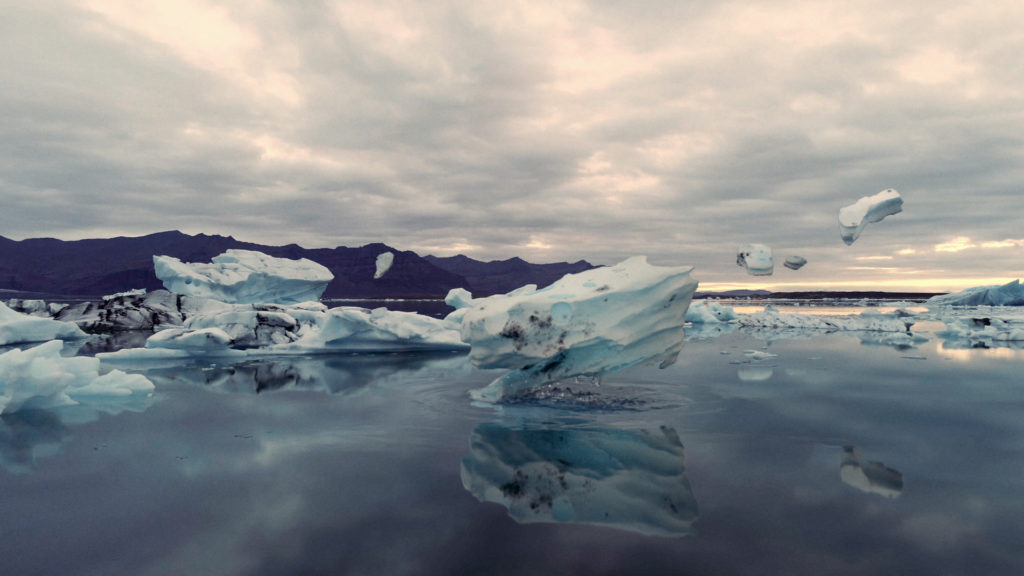 What are you hoping the viewer walks away with after viewing this film? 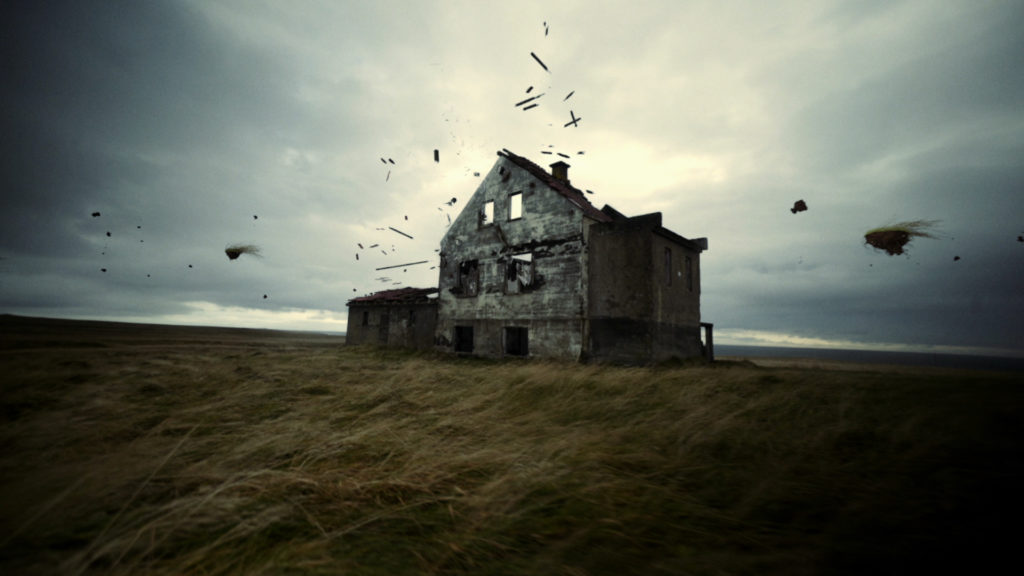 What was the most challenging thing about this project?

Jacco Kliesch: One time we went to a volcano crater. I had planned to record some drone shots of the crater with my drone but the wind was incredibly strong.

It was so strong that we had to hold on to some rocks. It was impossible to even think about launching the drone. 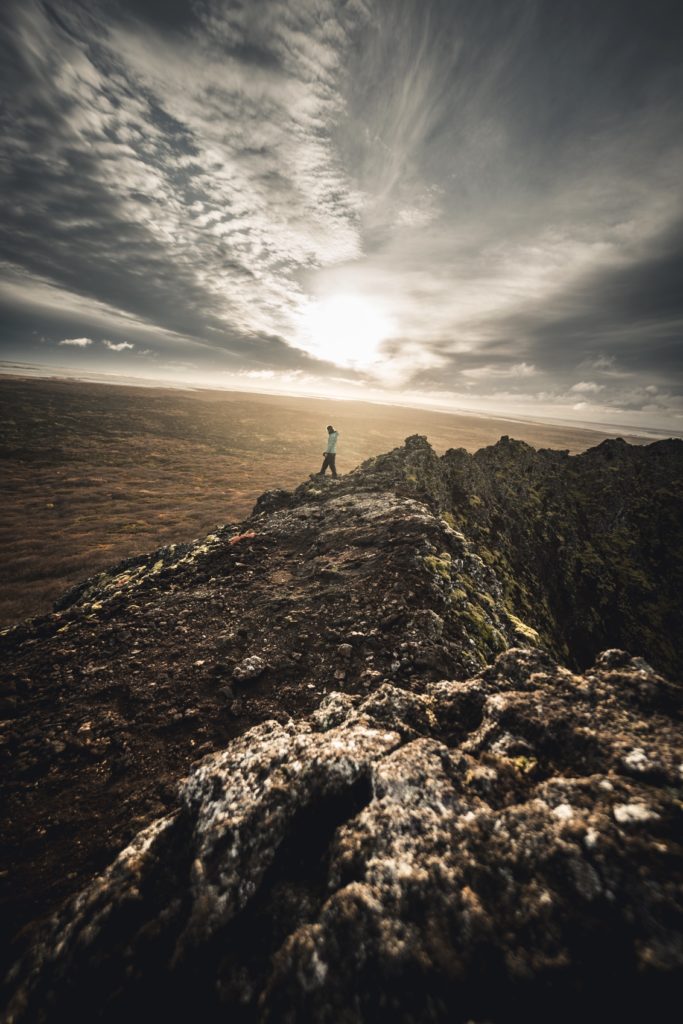 Overall the Icelandic weather was very challenging. I also had an almost-crash while filming with the Phantom inside a canyon. You can watch the footage of the crash in my story highlight on Instagram.

Another big challenge was, that Iceland is so touristy. Many of the well-known locations, like the waterfall Skogafoss for example, are really crowded.

Since I wanted to film the locations without people in the frame we often got up really early to be one of the first on-site. 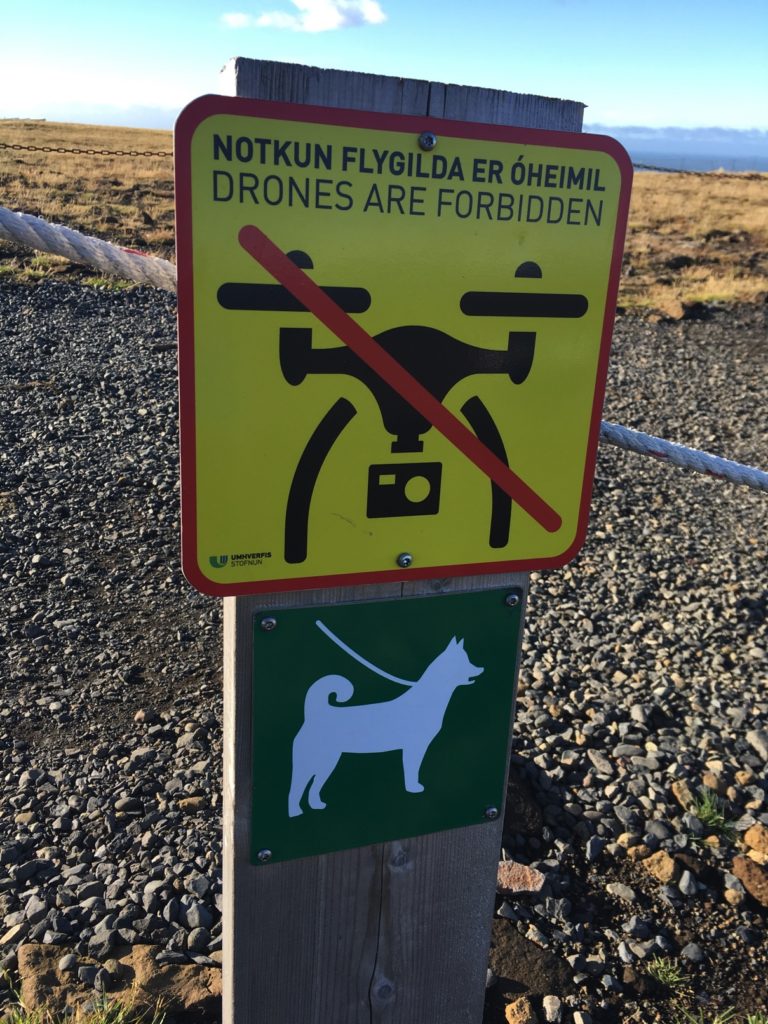 It’s important to note: many of these locations now ban drones because so it would be hard to get these shots today.

At a couple of spots, I planned to fly a drone but couldn’t so I ended up capturing them with my hand-held gimbal.

So make the shot work I held the gimbal over my head and walked with it trying to simulate the feeling of a drone flight. 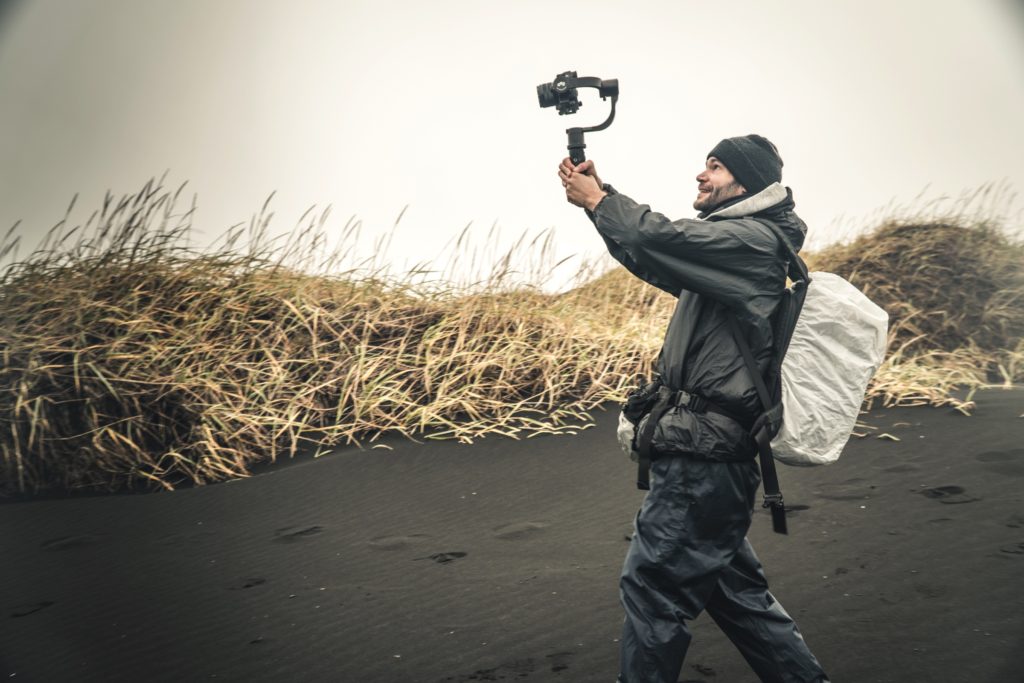 I know this was just released but what has the response been like?

Jacco Kliesch: The response has been really great! After 6 days we already had 100,000 views on Vimeo and even received a Vimeo Staff Pick. 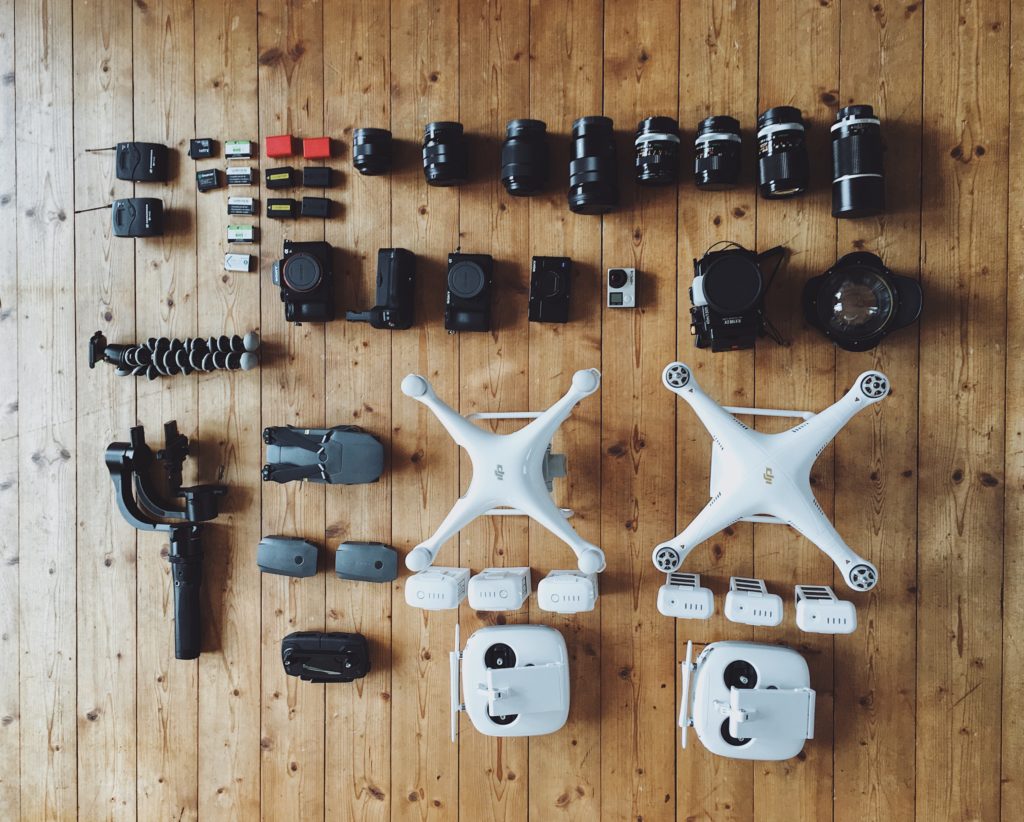 What equipment did you guys use to create this?

VFX procedurally generated inside SideFX Houdini, and composited inside Nuke. 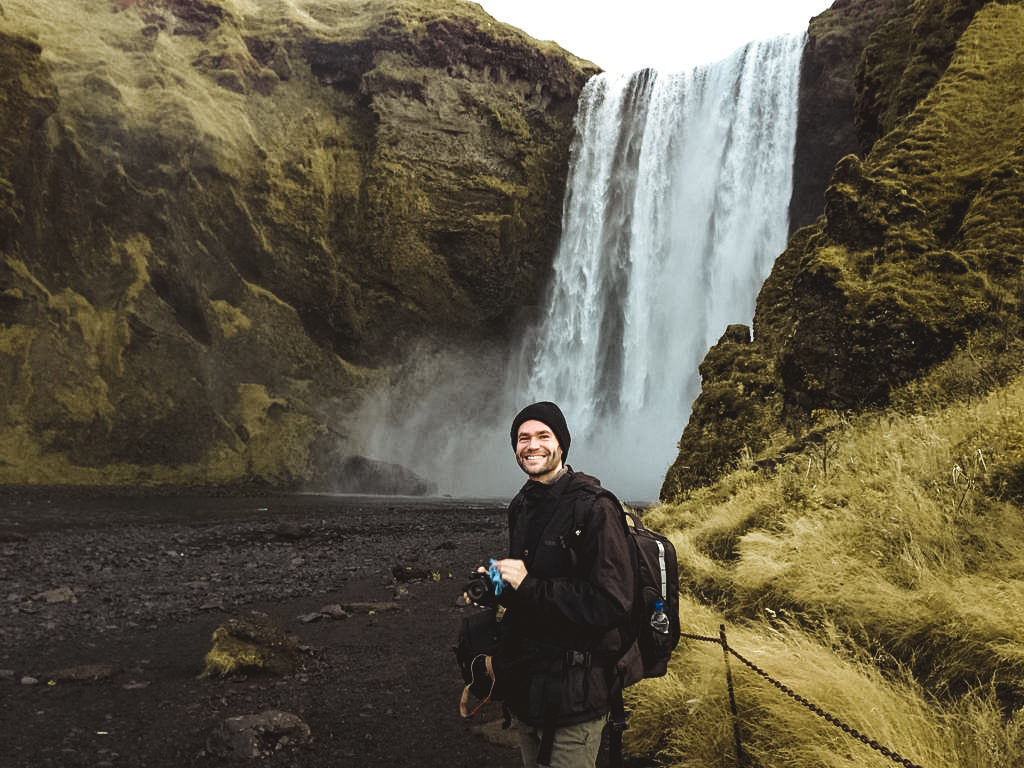 What’s next for you guys? Any exciting news or projects?

Jacco Kliesch: I’m currently working on a new travel video which is going to be released in the next couple of months.

Check out more of Jacco’s and Wildboar’s work on the web:

Leave a comment down below letting us know what you think of the film ΔNOMΔLY and any questions you might have for the guys!

Finally, if you feel like supporting From Where I Drone I would be grateful if you considered using any of my DJI, Amazon, or Adorama links the next time you need to buy something. I will make a small commission at no extra cost to you.