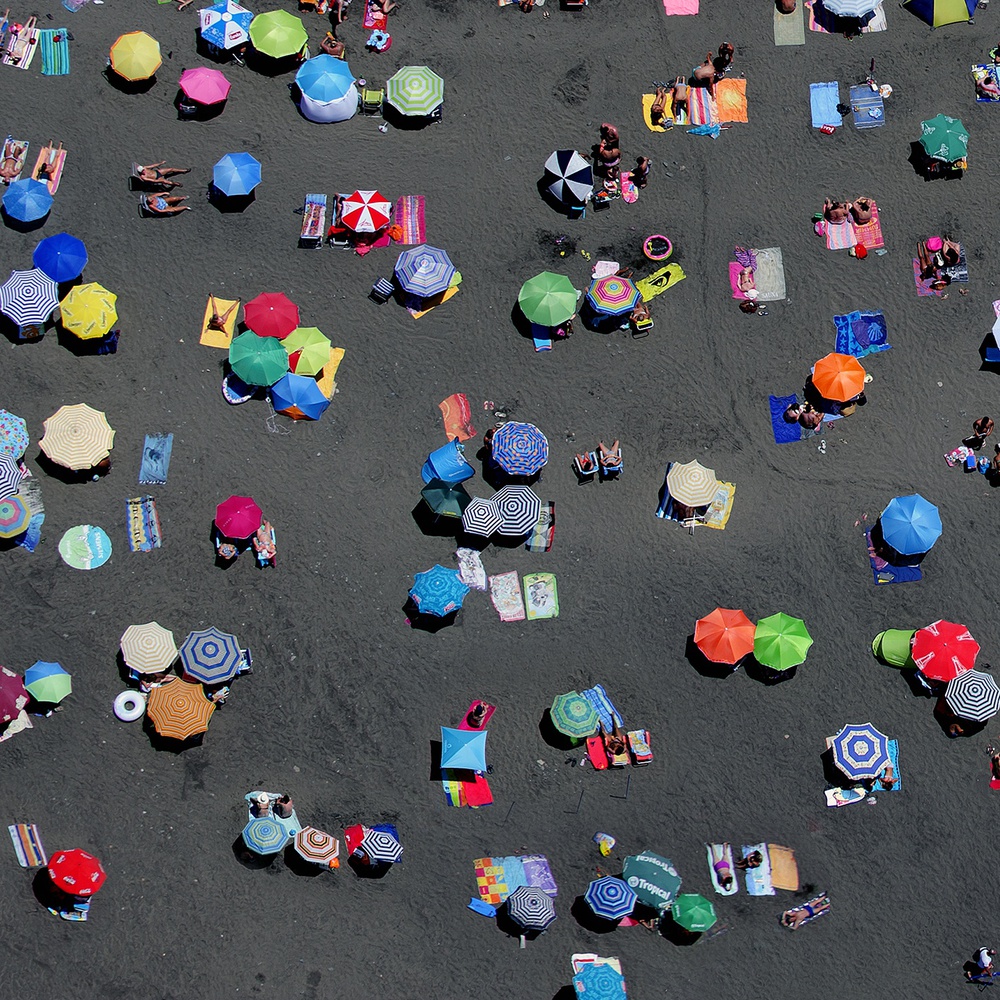 This next feature is from London based aerial photographer Tommy Clarke. Tommy doesn’t actually shoot with a drone, instead he hangs out of helicopters with his camera.

I’ve been interested in aerial photography for a while now (yes even before drones) and Tommy is one of those photographers whose aerial work I have always admired. I love the way Tommy captures colors and patterns from the air and I thought it would be interesting to hear from someone who captures amazing aerial imagery the old school way ;) and see what we can learn from him.

To start things off can you tell us a little bit about yourself?

I am from the English seaside town of Bournemouth, but I now live above my studio in South London, although I am not there that much these days as I travel a lot! My job is pretty niche – I hang out of helicopters and planes and photograph the world from a bird’s eye point of view, then I am lucky enough to host exhibitions of the work. 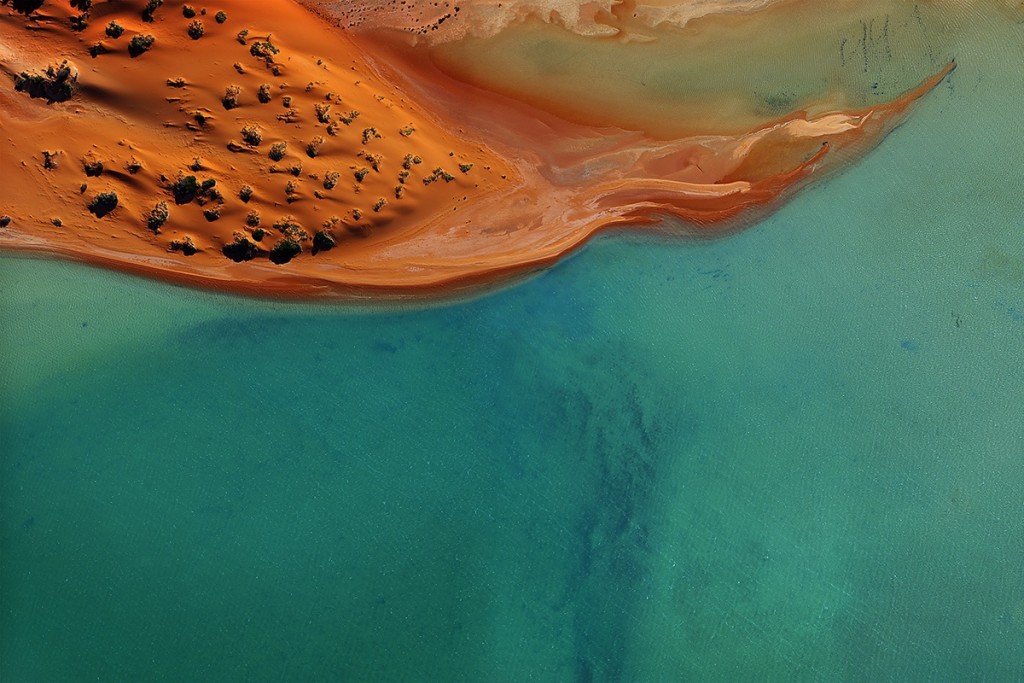 You have an incredible portfolio of work! Can you tell us how you got started in photography/aerial photography?

I first picked up a camera after breaking my back in a snowboarding accident, which prevented me from playing sports for a while. So I started shooting the sporting games I was missing and then got interested in portraits and some fashion while attending university.

After a few years of that I found myself living in Australia and falling in love with beach life again and it was there where I first thought about trying to get a vertical shot down of my local beach, Bondi.

So I saved up and hired a helicopter (this was before drones were on the market – which may have changed my career if they were available!) and I risked it all on one shoot!

What do you look for when taking a photo?

My eyes are always drawn towards colour, shape and texture. I look for places where, from above, these three combine to create an almost abstract image.

My Salt series is the best example of that, where dried white salt ponds meet ponds full of bright red liquid – it’s a series that I have to convince people regularly that it’s not photoshopped, but I enjoy that people find it hard to make out what they are viewing. 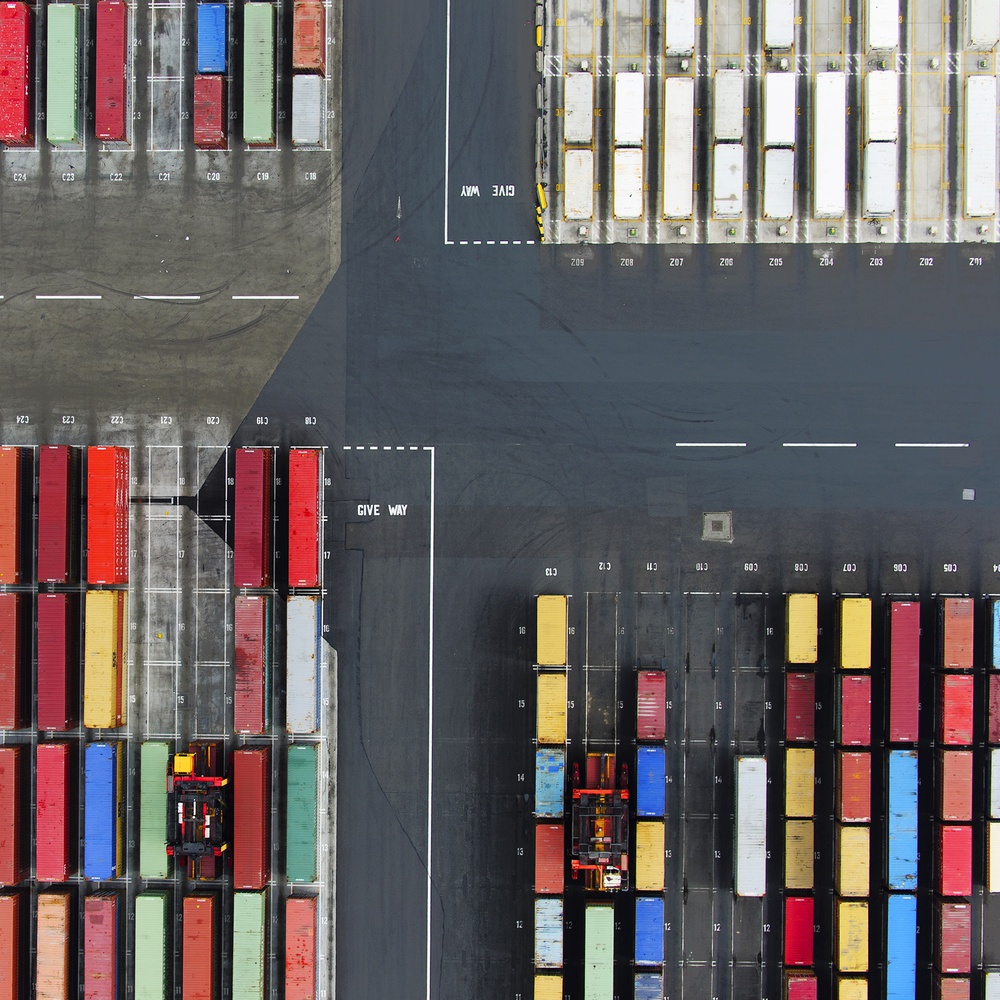 Magazines like Conde Nast Traveller and National Geographic were my first places of inspiration, because they opened my eyes to the far corners of the world, with rainforests, black sand beaches and mountain ranges.

That’s where I got inspired to travel, but growing up by the sea inspired my work massively, many of my shoots still take place where the ocean and sand meet. Beaches are a very happy place for me and capturing the colours of them is a passion of mine. 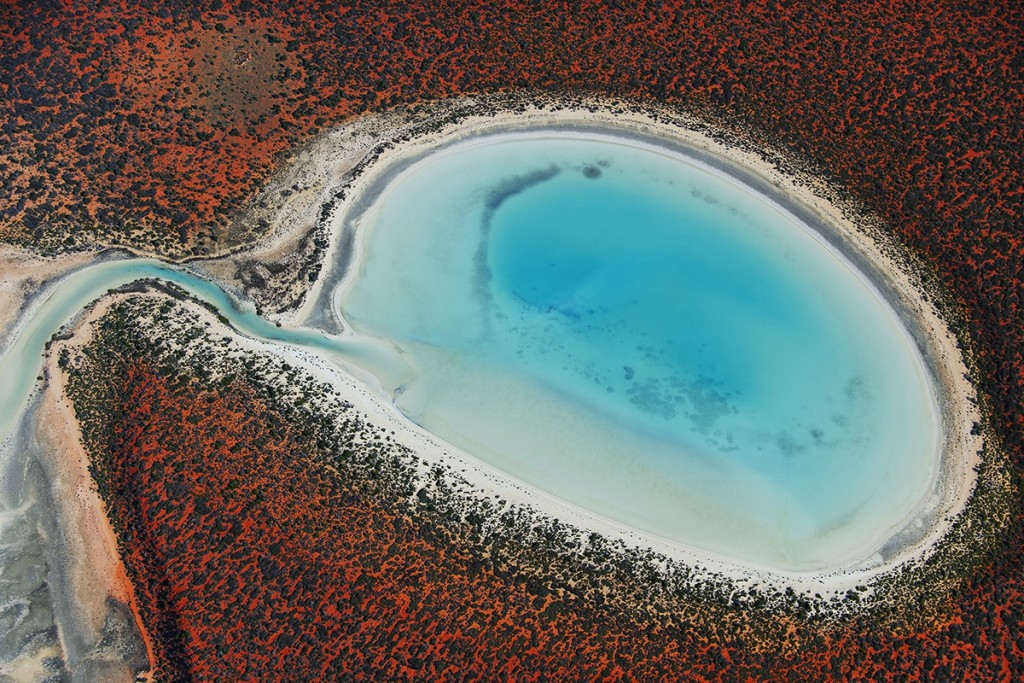 I surf as much as I can so whenever I get some time off I tend to drive down to Cornwall and get in the waves for a few days.

I just finished ‘Breathe’ by Australian author Tim Winton,. It’s a great book about growing up in a little town in Western Australia. I’m also a fan of Bill Bryson’s books, and I love taking a good comic when I am travelling! 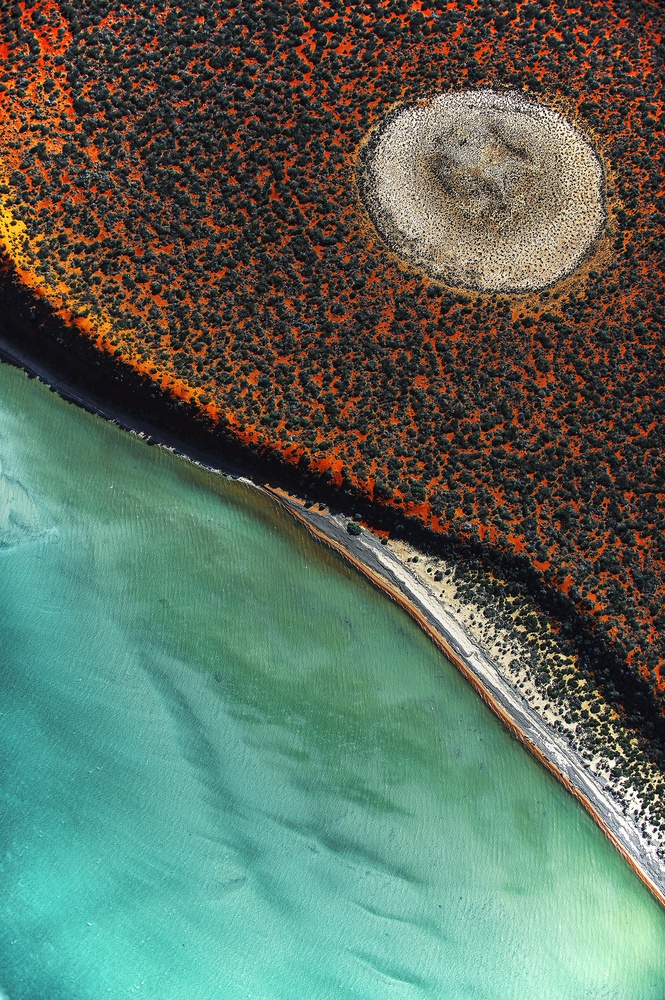 Who are 3 of your favorite photographers and why?

My top is Massimo Vitali, his work to me is near perfection. The way he captures Italian beach life in a slightly over exposed and desaturated way has captivated me for years. 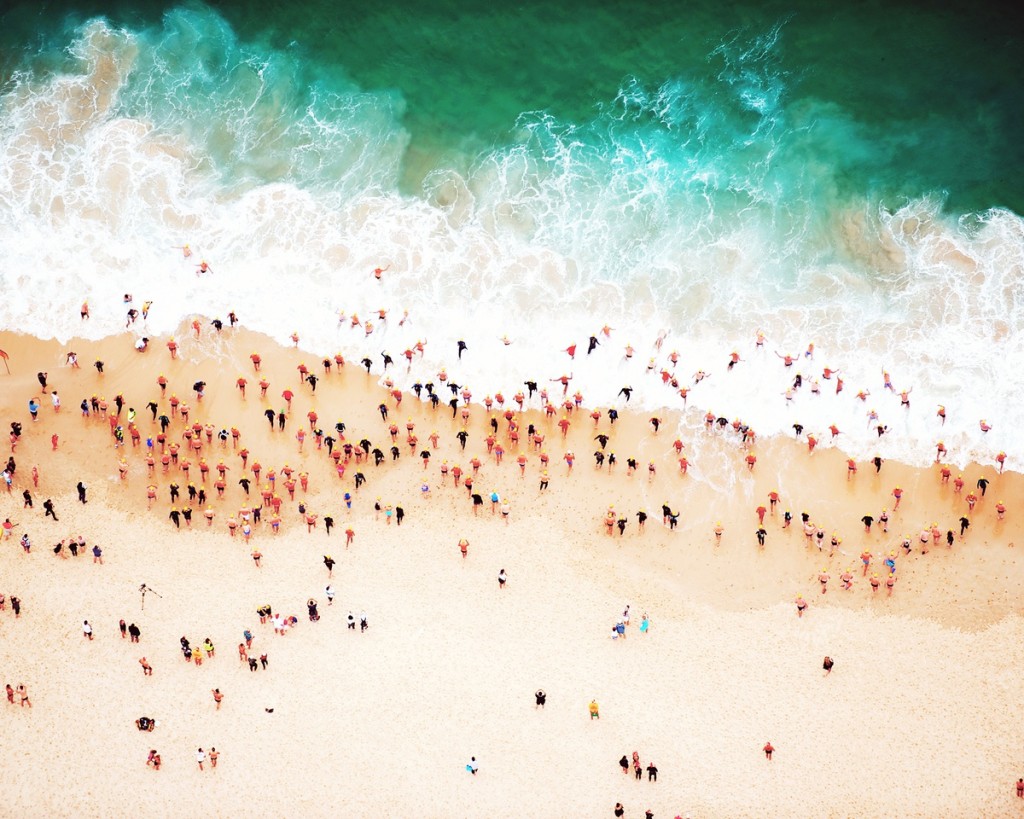 What one photo means the most to you and why?

My photo called ‘Entry’ (above image), that I took of swimmers running into the sea in Australia still means a lot to me. Not that its my best seller, but more because it was after taking that photo that I realized that this is what I want to do for the rest of my life.

I captured it on my first ever flight in a helicopter, after spending all my savings on this beyond risky project, and then to land and see it on the back of the camera was a magical moment that I’ll never forget.

What is your dream project? Or what is a dream location you would like to go shoot?

To shoot an aerial portfolio for a Condé Nast Traveler special on Iceland. 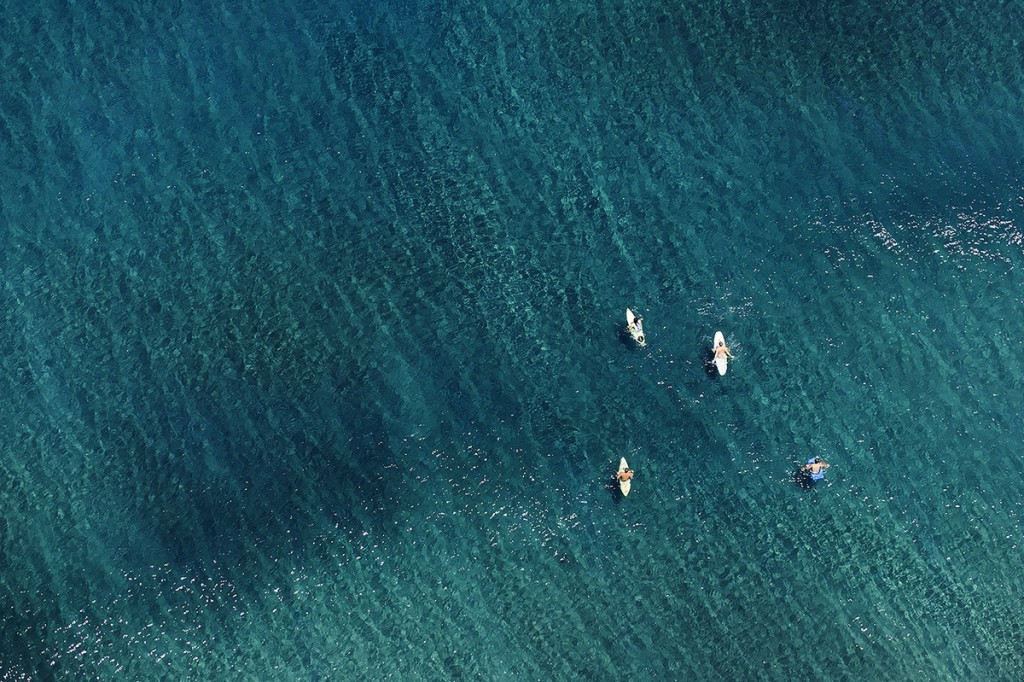 Can you tell us about your editing process as well as what some of your favorite programs/apps are?

I don’t do as much editing as people think. I try and find incredible places and make the effort to get there rather than using to Photoshop to impress.

With that being said, when shooting in the RAW format you need to set colour profiles in post, so a lot of my time is wading through folders doing that and cropping if need be.

Apps wise, Instagram is my favourite, for a photographer it’s just such a great platform to display your work for free to potentially millions of people! I’ve just joined Snapchat but still don’t get it!! haha 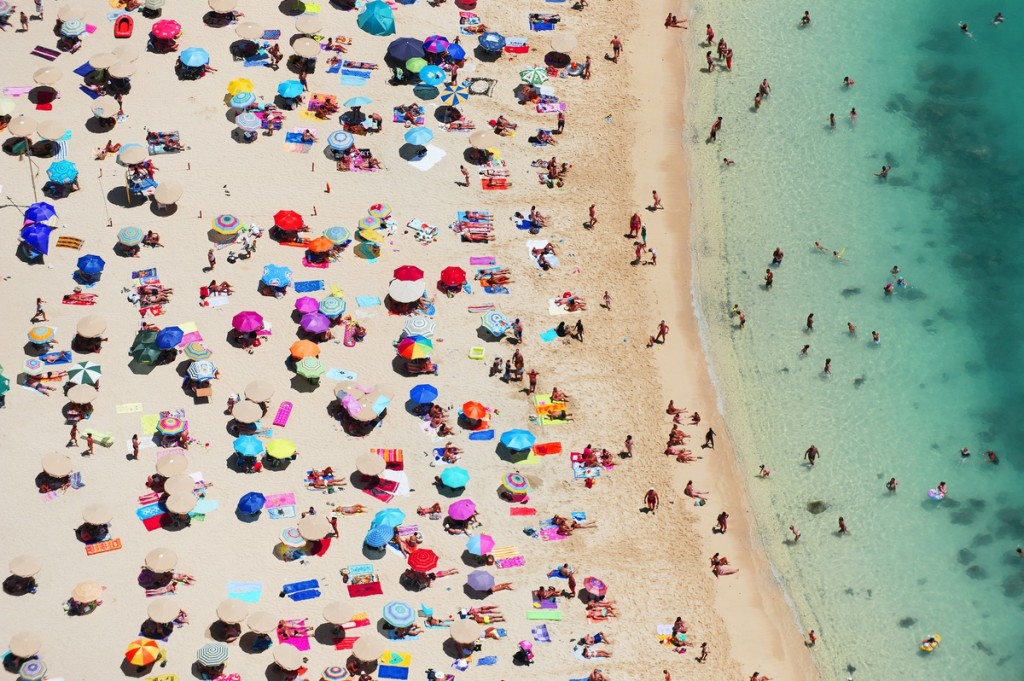 Can you tell us about your aerial photography setup as well as what your favorite gear is?

I shoot largely on Nikon D3 cameras, but am currently playing with the idea of moving up to Hasselblad, but I may need to sell my car to do that!

I tend to use a 70-200mm lens or there abouts and I generally keep it uncomplicated. I have started using Polaroid cameras too, so keep an eye out for those on my feed! 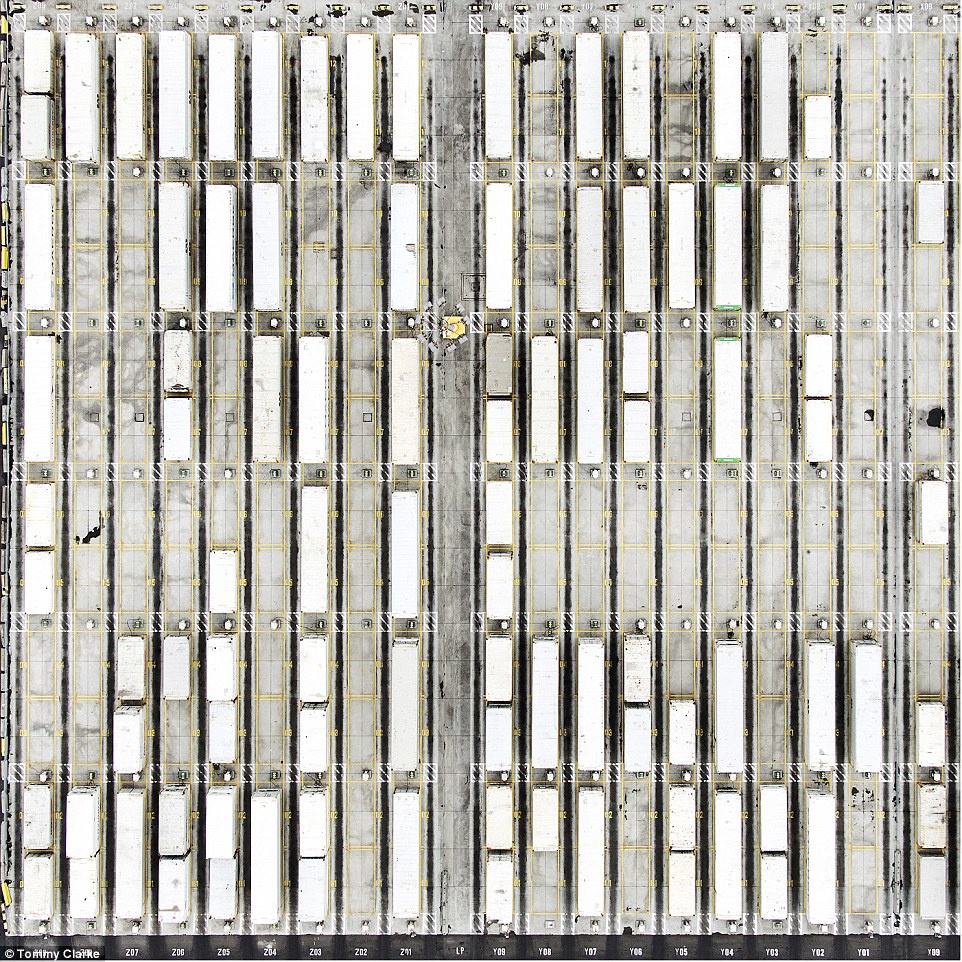 Have you ever flown a drone? Have you thought about photographing with one?

I haven’t yet but I just got back from directing drone pilots for a movie and they seem like amazing kits but I may stick to my old fashion ways of hanging out of helicopters for a bit longer ;) 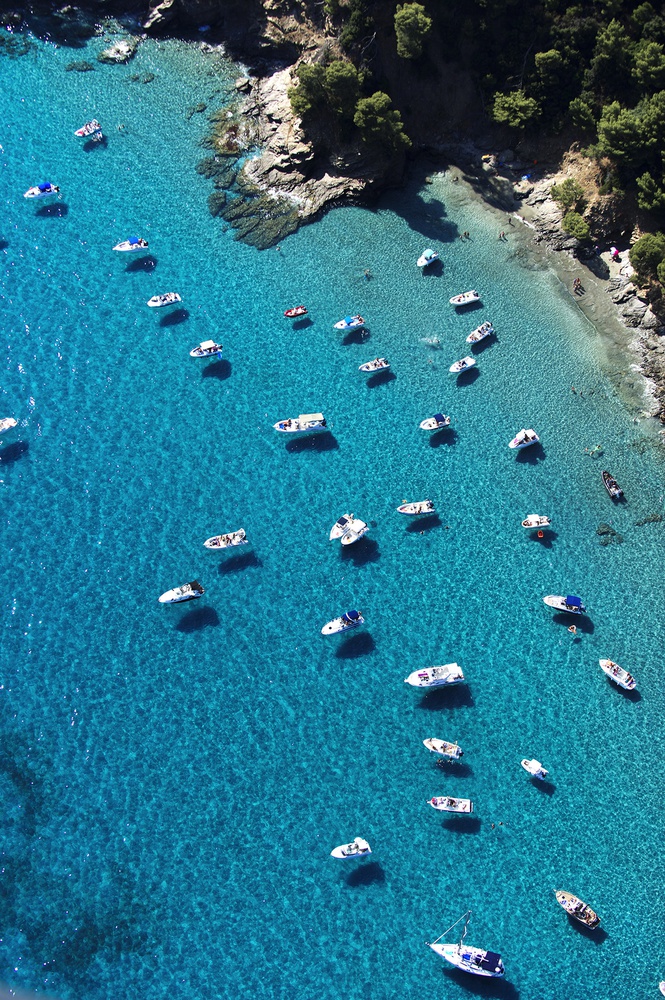 I think finding some honest critique of your work is vital, we all have friends and family that will tell us our work is the best things ever and should win the Sony Awards but to get some constructive criticism is much more important.

I often get it in the comments under my Instagram pictures – whether I wanted it or not!! I also think its important to be inspired by photographers but try not to replicate their work or style. It’s important to find your own groove and niche, that’s when you start adding value to yourself as a photographer.

I am building towards my second solo exhibition in London this October. It takes a while to plan these so the wheels have already started moving on that. I’ve just finished my job directing the second unit on a feature film which was a really different but amazing experience so there may be some more of that type of work in the future. 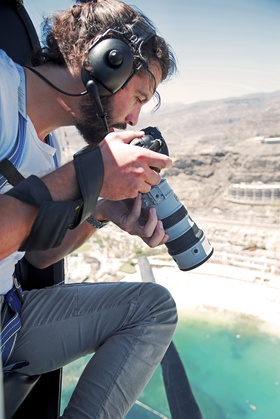 Tommy has hung out of helicopters and small aircraft everywhere from San Francisco and Mexico to the Canary Islands and Utah. Tommy is now based from his studio in London when not traveling.

One Comment on “Interview with Aerial Photographer Tommy Clarke”