Some Aviation Tips From A Licensed FAA Part 107 Drone Pilot

This is a special guest post done in collaboration with Jon Nyquist, a filmmaker and photographer who is also a FAA-Certified drone pilot. 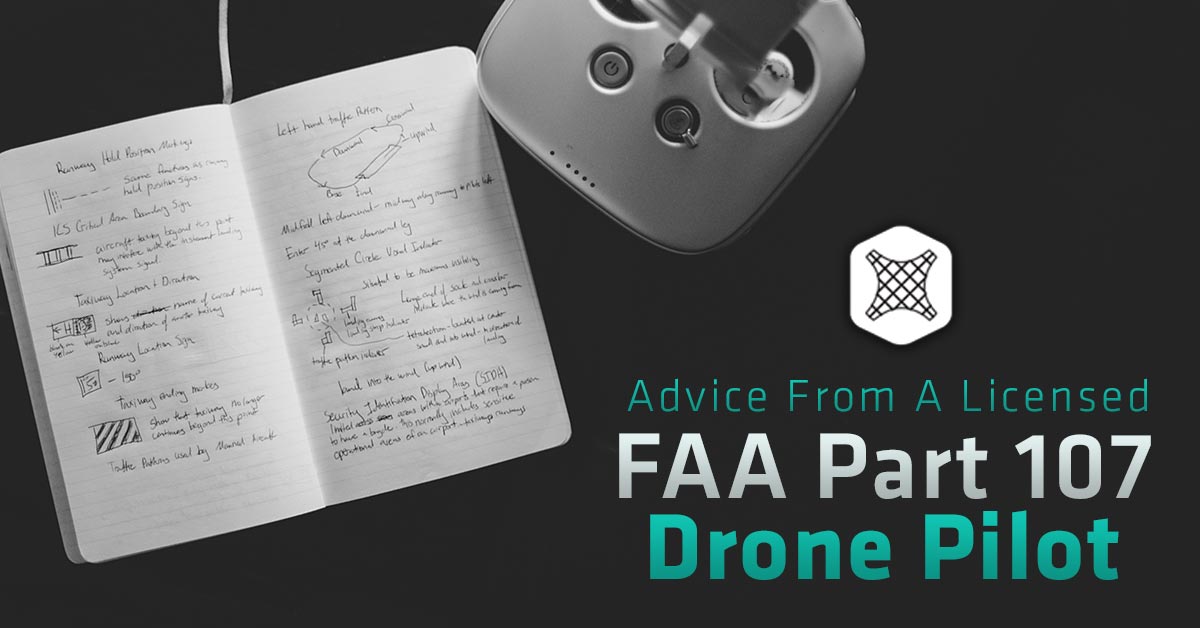 As a licensed FAA Part 107 drone pilot I would like to share some helpful things I wish I would have known before I got my license.

You may already know about the drone rules like how you can’t fly above 400ft (120m) here in the U.S. But what other things should you know about?

Well that’s what this post is about and in it I discuss the following:

The FAA is taking the drone surge very seriously, as it should since these flying pieces of plastic can do decent damage if the person at the controls isn’t careful.

If it were up to me, just like how a license is required to drive a car, I’d make everyone have to get a license to fly any non-toy drone.

I believe this would make drone pilots aware of the hazards that coincide with taking to the skies.

However, that is not yet the case.

So as someone who has recently obtained their Part 107 License from the FAA, here are a few things I thought would have been helpful to know even if I was just flying as a drone hobbyist.

Point 1: Height limit is 400ft AGL (or Above Ground Level)

This is because manned aircraft cannot fly below 500ft AGL which gives us all a 100ft buffer.

You can go 400ft above buildings, though if you fly within a 400-foot radius of a structure.

This is helpful to know because in the event you are flying up over a hill, your maximum altitude can adjust accordingly.

However your drone may have an altitude limiter stopping you from flying above 400ft from where you took off so you’ll need to check your settings.

For more info on this you can read through the FAA’s Advisory Circular PDF. This is specifically what is says regarding the info above AGL:
(small Unmanned Aircraft Systems (sUAS…) Cannot be flown higher than 400 feet above ground level (AGL), unless flown within a 400-foot radius of a structure and does not fly higher than 400 feet above the structure’s immediate uppermost limit…

Also, stay away from tall radio antennae. The FAA advises drone pilots to give a buffer of 2,000ft around antennae as they have hard to see ‘guy-wires’ that extend 1,500ft.

Point 2: In cloudy situations, the drone must be 500ft below and at least 2,000 feet horizontally from the clouds.

This is to give maximum visibility to manned aircraft and so that you can truly keep the drone within line of sight.

This is important because you want to be able to determine how far under the clouds you can fly your drone.

If you have access to the necessary information, you can calculate the cloud base by finding the difference between the surface temperature and the dew point.

The difference between the surface temperature and the dew point  is called the “spread”.

To determine what the spread is you first need to:

For example, let’s say that the surface temperature where you are going to fly is 65 °F and the dew point is 61 °F.

So your cloud base is 909 feet AGL (Above Ground Level).

Instead of figuring all that out you could go look up what the cloud ceiling is in the area by visiting a weather reporting website like this one. 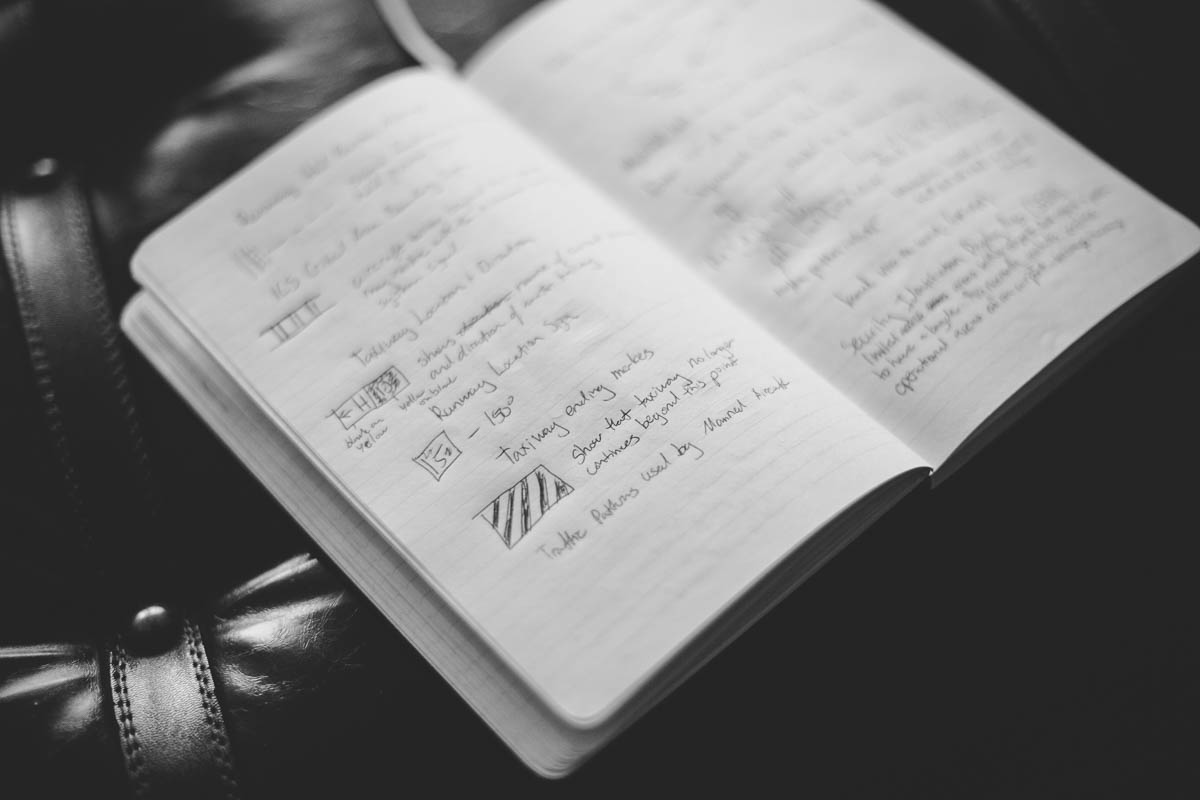 Higher density altitude occurs at higher altitudes or in mountainous regions where the air is thinner.

This results in reduced performance of your aircraft and shorter battery life.

Lower density altitudes have thicker air and your aircraft has stronger performance because the blades have more air to grab.

Batteries are also affected by the cold so keep an eye on battery voltage and not just the percentage of life left.

Some manufacters like DJI let you know if you have low battery voltage by turning the voltage color on your app from green, to yellow and then to red.

Not paying attention to the voltage could result in your drone just falling out of the air.

Point 4: It is not advisable to operate in foggy conditions

Not only is there poor visibility, but the weather conditions that create the fog can have effects on drones such as cool air pockets which can cause the aircraft to lose height.

Just like in boating, if for some reason you are ever on course for a head-on collision with another aircraft (big or small), veer right.

In doing so, your chances of preventing a collison are signficantly reduced due to both aircrafts turning in the opposite directions. 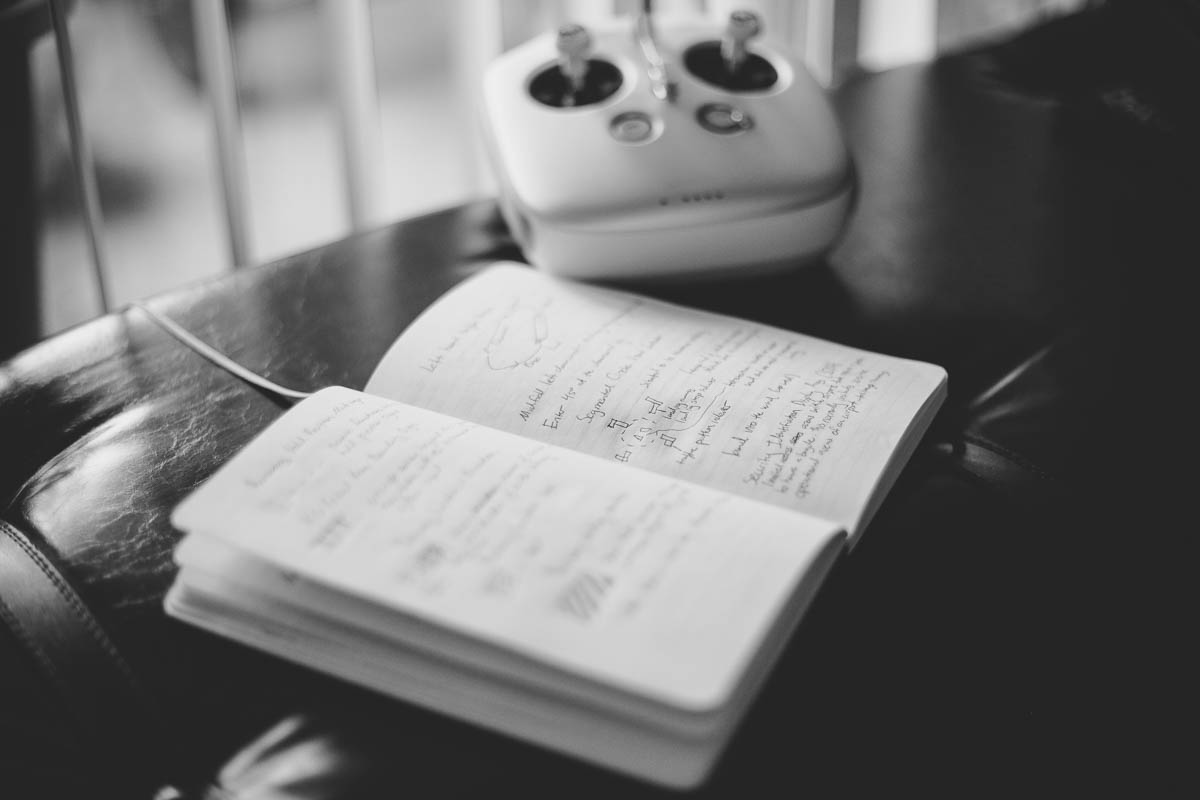 Point 6: The FAA has two checklists they recommend all pilots go through before each flight

This consists of a series of questions a pilot should ask themselves before taking off: 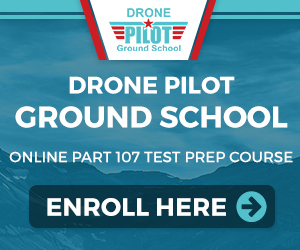 This also consists of a series of questions a pilot should ask themselves before taking off:

Much like assessing yourself for driving a vehicle, you should ask yourself similar questions before manning a lawn mower that flies in the sky.

The FAA has also identified “hazardous attitudes” as a reason for someone not being allowed to fly.

There are two types of drone pilots: those that have crashed and those that will

Point 7: Practice, a lot, and in the right spots

What I tell my friends when they get a new drone is to practice in a large open field.

I’ve had so many friends try out their new drone in the house and soon after had to replace their mom’s now broken lamp or go to the barber to fix the hair trim their drone just gave them.

Other friends were a little wiser and went out to their backyards, just to turn their drone into an expensive hedge trimmer.

Don’t do that either.

Always find a wide open space with no people around, and get to know what your drone can do and how it reacts

And the bigger/more expensive a drone is doesn’t always equate to more fun.

The most fun I’ve had was flying a little $50 stunt drone from Walmart at a vacant baseball field.

Check out the following tutorial to find some drone practice exercises that every drone pilot should master as well as info to make sure you fully understand what both control sticks do and the difference between yaw, pitch, throttle and roll.

I hope these suggestions were helpful to you for better understanding some of the more technical concepts behind flying a drone that no one talks much about!

If you are thinking about taking the next big step to become an official FAA-Certified drone pilot then I can’t recommend enough the course I personally used called Drone Pilot Ground School (that link includes a $50 off discount).

99% of the people who have gone through the course passed the FAA’s test the first time.

I’m happy to share that I was one of them and passed the test my first time with a 98%.

All the stuff I shared above came from lessons taught through the Drone Pilot Ground School program.

Well thanks for reading and safe flying! 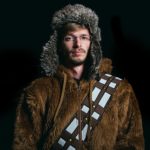 About the Author
Jon Nyquist is a filmmaker, photographer and professional bed bouncer. You can view Jon’s work at Nyquistcreative.com

From Where I Drone@fromwhereidrone·
7 Aug

bachir_photo_phactory is also featured in the #fromwhereidrone coffee table photo book "Eyes Over the World". Check it out, link in bio! @ Venice, Italy https://www.instagram.com/p/CDk1U1lh_jN/?igshid=t0ra7akv4zye

My grandmother set roots in this town, my father grew up here, and now I’m finally raising my kids here. Feels good to be in my hometown again // @fromwhereidrone