According to the Los Angeles Times, last night California Governor Jerry Brown vetoed Senate Bill 142 which was proposed legislation that intended to restrict the use of drones flying over private property (you can read my post on why I urged the Governor to veto the bill by clicking here). 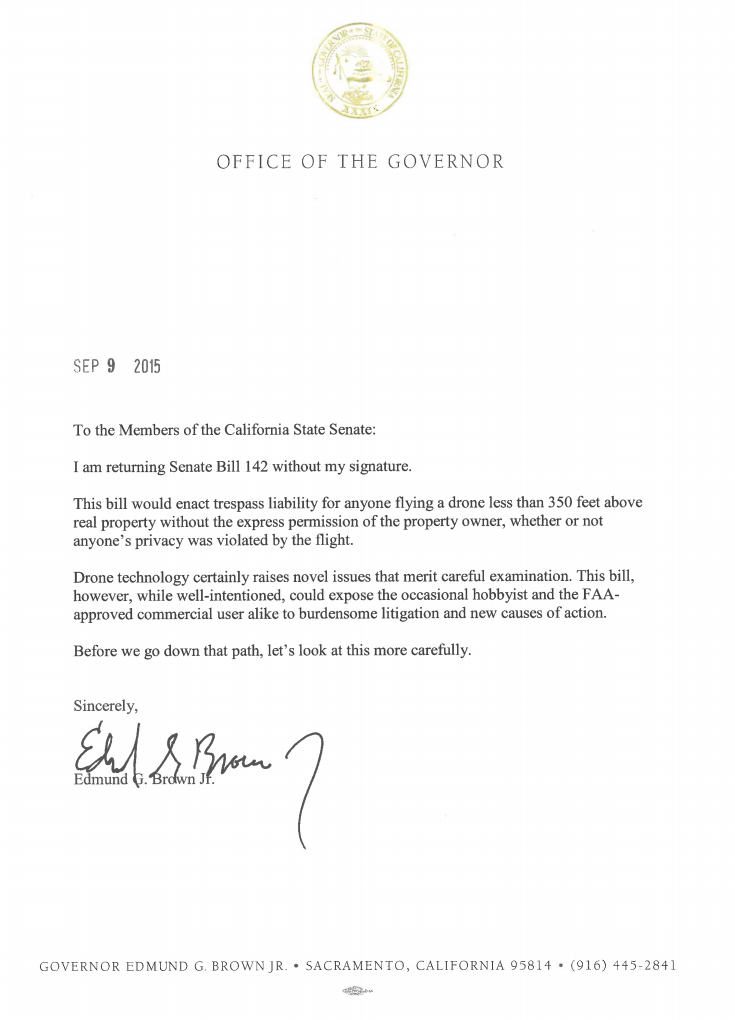 Governor Brown vetoed the bill acknowledging that it was well-intentioned but he went on to say that it “could expose the occasional hobbyist and the FAA-approved commercial user alike to burdensome litigation and new causes of action” whether or not anyone’s privacy was violated.

With this victory, it is now time that we address some of the issues raised by this bill

While I applaud Governor Brown for his veto decision and see it as a victory for drone users and the drone industry, I also believe it is now a call to action for us to move forward in addressing some of the issues this bill has raised so that we can arrive at a better, more balanced bill.

6 items that now need to be addressed include:

While this list doesn’t cover every single issue on the drone spectrum, I hope it can serve as a starting point for having meaningful discussions centered on safe, fair and respectful flying. We need to start researching, educating and conversing with the public and government officials on these issues so that we can arrive at solutions that benefit all parties, otherwise we could be in this same situation next year with another well-intentioned bill that misses the mark.

← Help me in urging Gov. Brown to veto California’s Drone Trespass Bill SB 142
Video of the Week: Peru From Above →