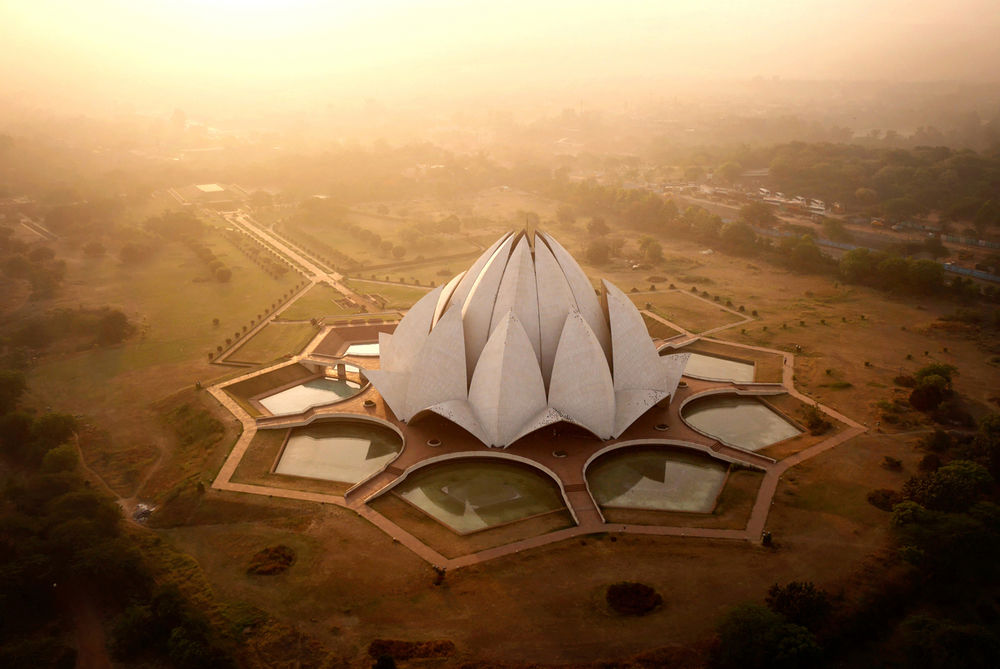 Amos Chapple is a New Zealand freelance photographer who has traveled through 67 countries. He is a regular contributor to the Guardian, The Atlantic, and Italian Vanity Fair.

I first came across Amos’ stunning work last year when several major news outlets shared photos from his drone project Air. I remember being in awe of his unique subjects, lighting and composition. At that time his aerial photography easily stood out from the majority because it was done with such great finesse and care.

I later learned that Amos’ secret is that he takes photography very seriously, often times doing 4–5 test runs before getting a shot he is happy with. I also learned about a one of a kind picture he snapped from the air of the Kremlin in Moscow which could have landed him in jail (see more on that below).

You have a super inspiring portfolio of work Amos! Can you tell us how you got started in photography?

I was trouble at school and figured newspaper photography was one of the last professions left where you could just beat down the doors without needing a university degree. I started pestering the picture desk at our national daily newspaper and eventually landed a staff position there. I had a lot of downtime on the job so I was out shooting my own stuff as often as possible.

That work ended up being noticed by Geoff Steven, a Kiwi entrepreneur who gave me a position shooting UNESCO World Heritage sites. Five years of near constant travel in that job gave me experience in photography, but also made me realize what a ridiculous position of privilege we Kiwis are in.

Our passports are welcome everywhere, we’re not discriminated against and we’re one of the most untroubled countries in the world. I felt like, with that kind of privilege comes responsibility. If you have a safety net don’t just walk across the rope – do something cool! So in 2012 I went freelance and mixed English teaching in Russia with shooting my own photo stories. Since 2014 I’ve been a full-time freelancer. 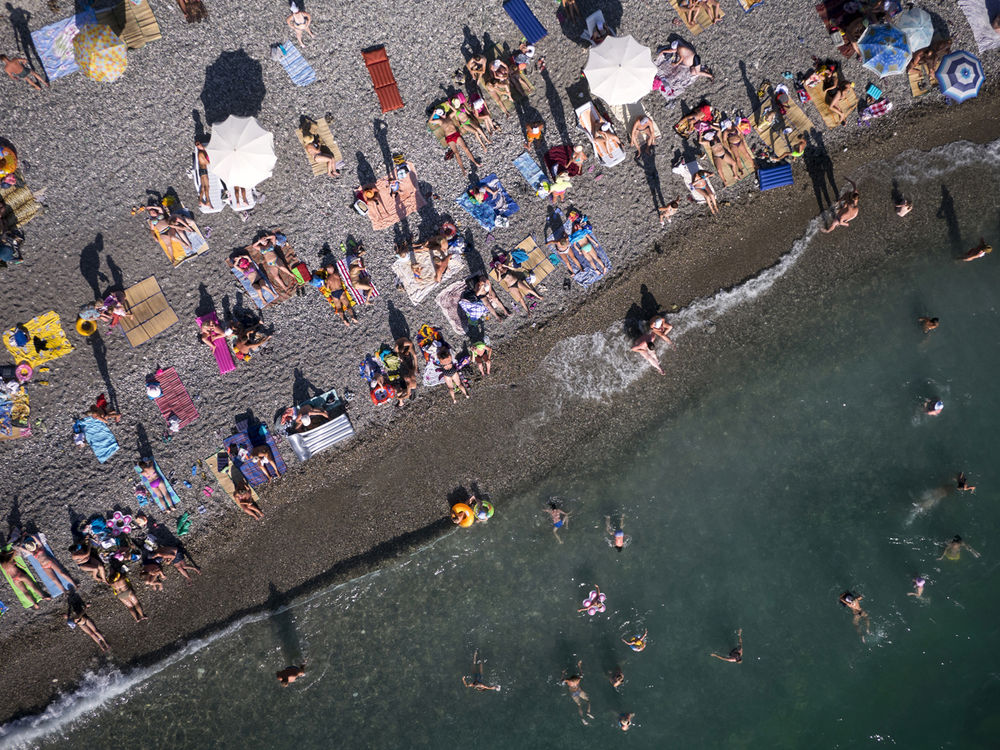 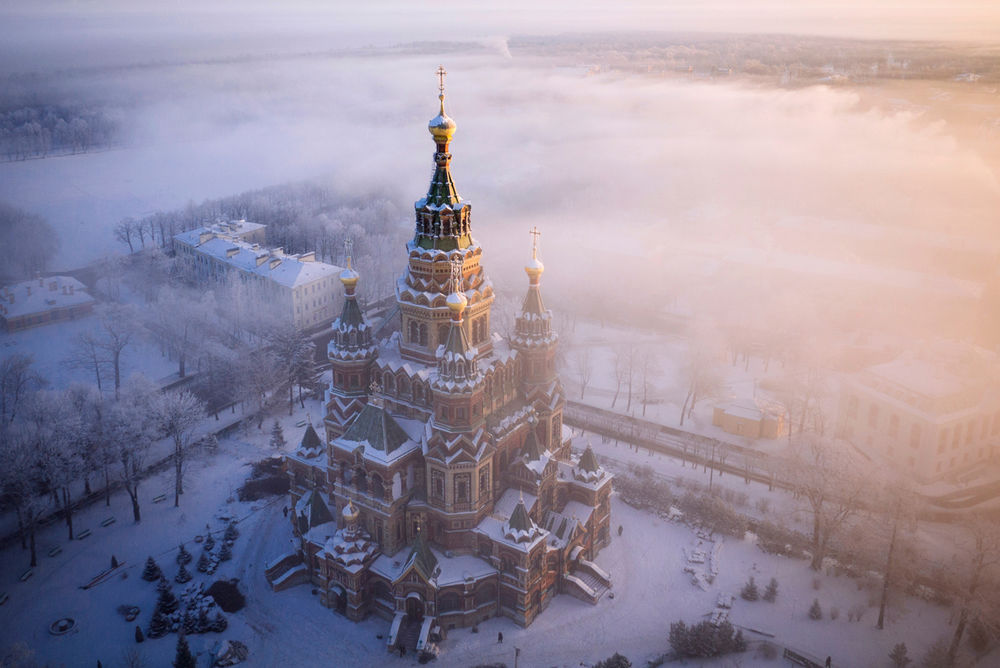 How did you get started in drone photography and why did it appeal to you?

In 2012/2013 I was literally checking every week or so for a product that was going to stick. These half-baked companies would pop up then disappear but you could feel the breakthrough was getting closer. When DJI came out with their first phantom I headed straight to London to pick one up.

My first camera flight was in Latvia. I strapped a little point & shoot onto the drone then lofted it nervously about 15 metres in the air. When I unhooked the camera and looked at the pics I remember thinking “this changes everything.” In terms of hardware we’re probably not going to have another moment like that in our lifetimes. 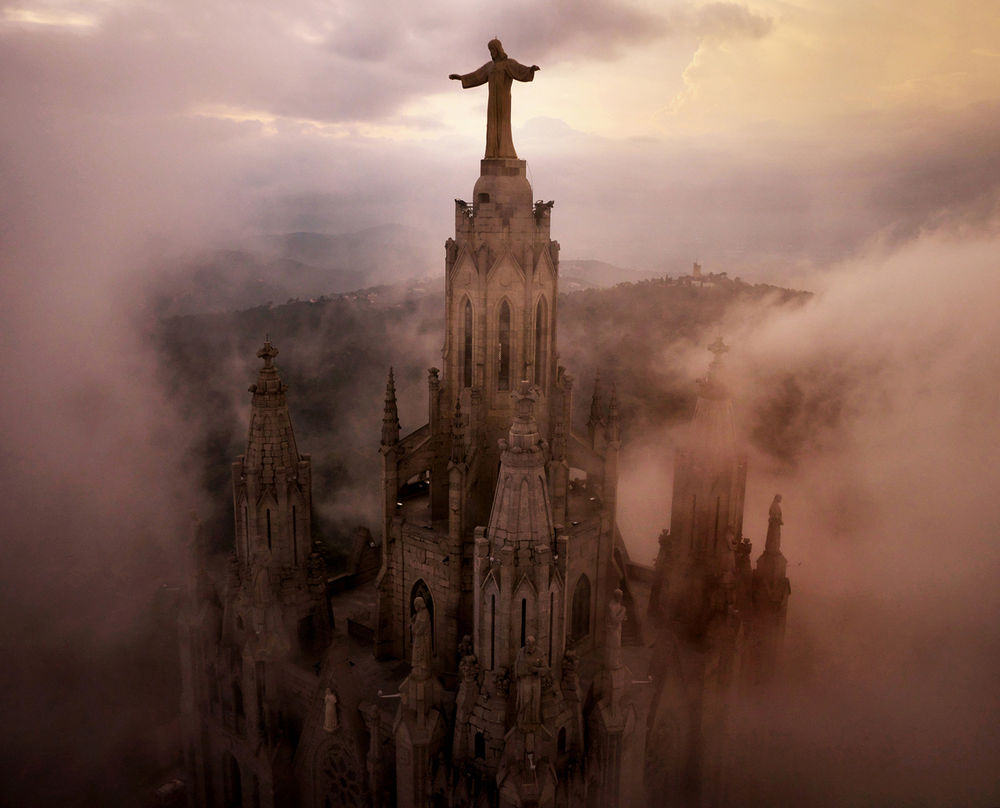 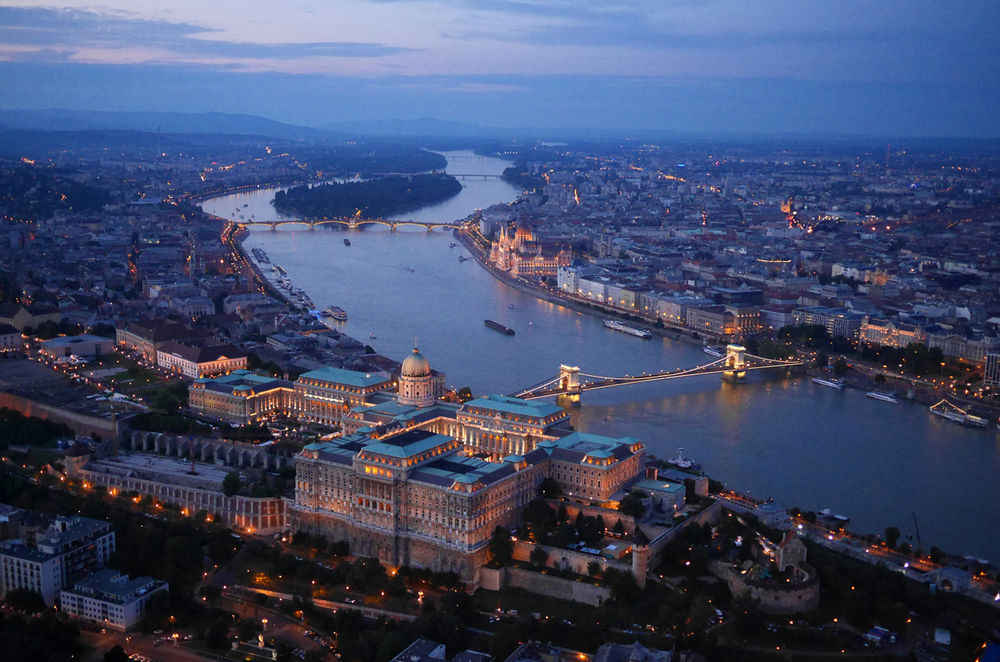 What motivated you to start your Air project?

I’d traveled extensively and had this mental list of places I’d been to and had thought “this would be amazing if I was just up there instead of standing here on the ground.” Suddenly I had the tool to realize those little fantasies. I knew laws were going to come into play soon so I zipped through Europe, India & Russia doing as much work as I could while that window stayed open. 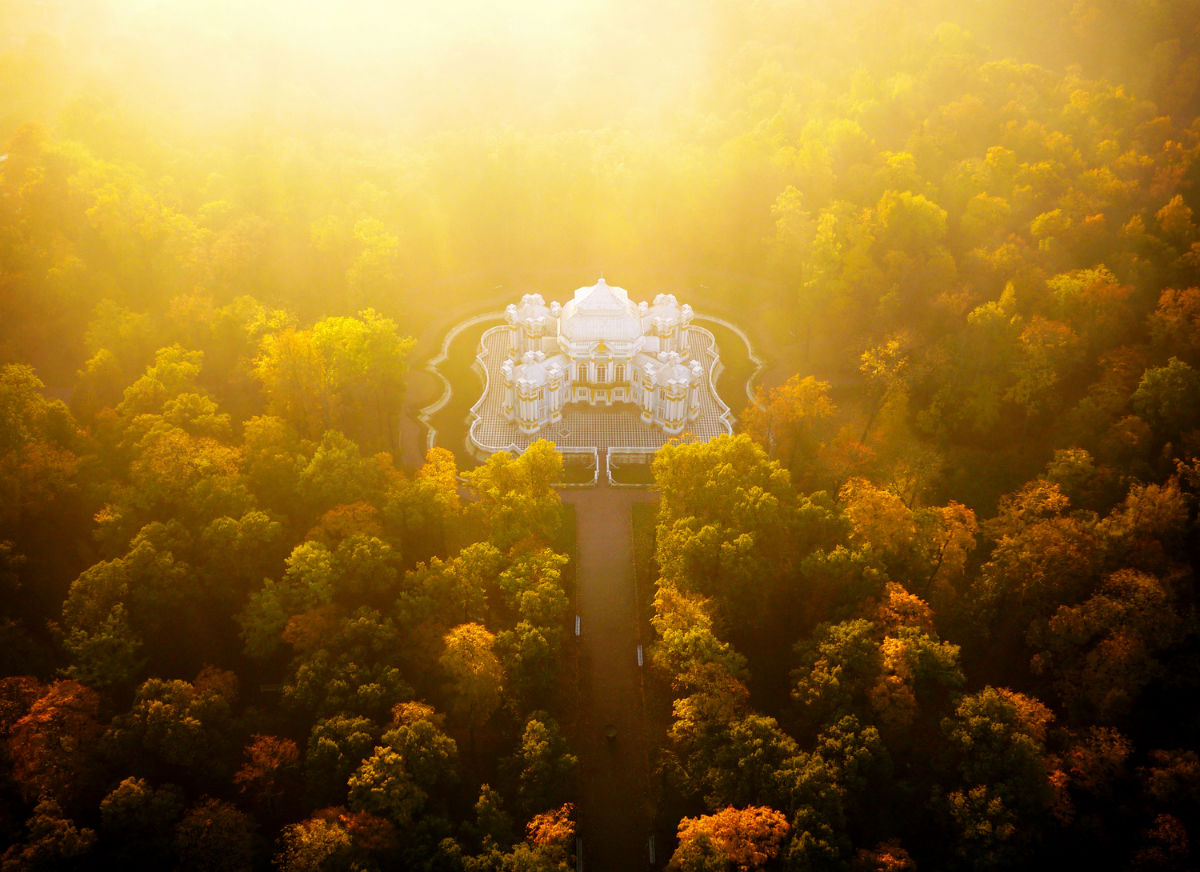 What is your one favorite photo from that project and why?

The Hermitage Pavilion in morning light. I had attempted this picture six times. It’s a long way out of the centre of Saint Petersburg so it was getting increasingly hard to commit to this 90 minute commute in the hope I’d get a clear autumn sunrise.

That morning I remember sitting in this old bus surrounded by migrant workers all sleeping off their night shifts while I was chewing my nails & watching this perfect purple dawn getting brighter. I jumped off the bus & ran the final kilometer. It was a lesson I’ve always tried to remember on those iffy mornings – if you go you probably won’t get the photo, but if you don’t go you definitely won’t get the photo. 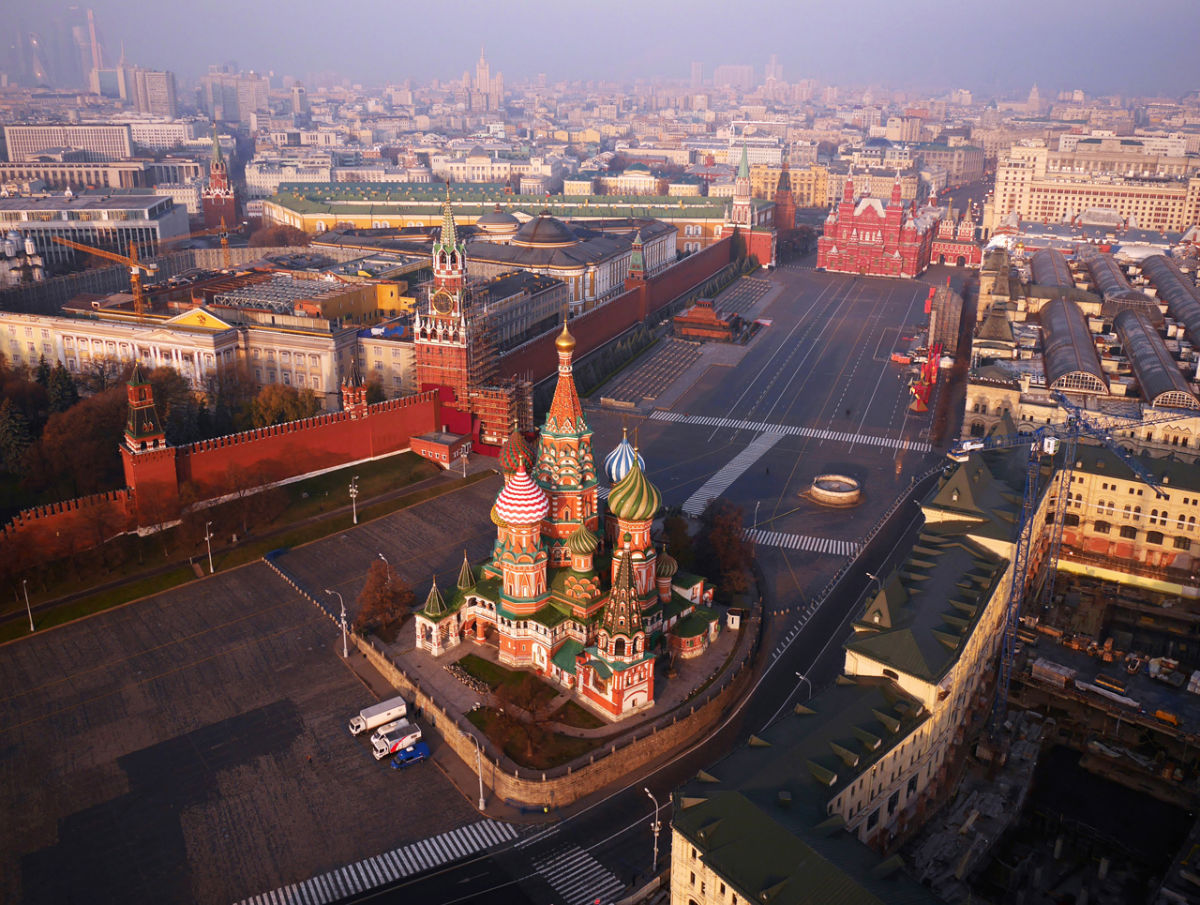 Can you share a bit more about your drone photo of the Kremlin?

This unauthorized photo of the Kremlin in Moscow was really a throw of the dice. I’d been commissioned by a Russian book company to photograph various landmarks of Moscow. The view of Red Square and St. Basil’s Cathedral had been discussed but permission to fly the drone above the Kremlin was ruled out because I was a foreign citizen. The area around the Kremlin is crawling with police & undercover FSB guys (who introduce themselves as “KGB” for extra intimidation) with concealed weapons but I desperately wanted to attempt the picture.

Over the course of two days I scoped out the area and eventually settled on a spot tucked just out of sight of the nearby police. I waited for a burst of traffic to block the noise of the drone on the way up, but it was far slower on the way down and I ended up snatching the drone out of the air and running through alleyways to get away. It was risky, but so much history has walked through that space I just couldn’t resist. 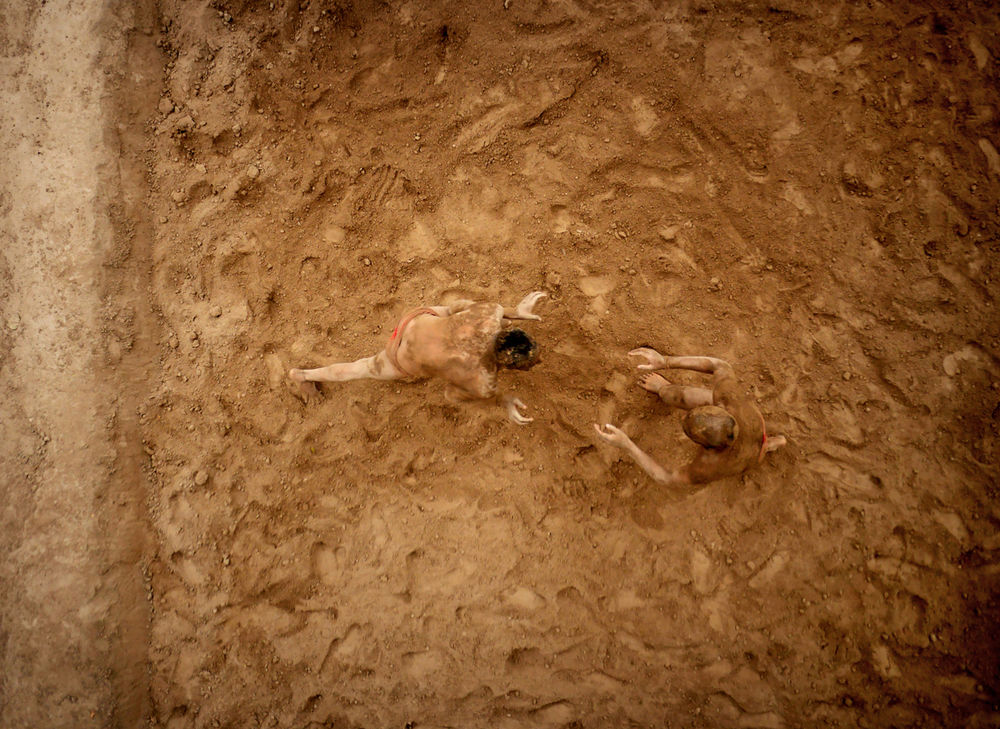 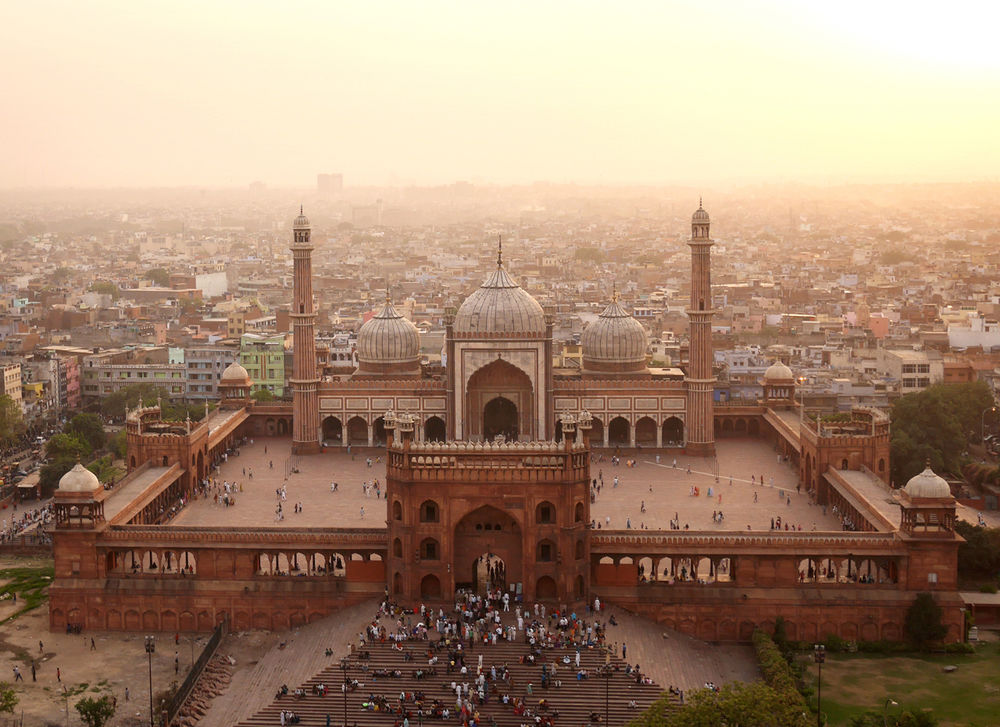 How would you describe your style or vision for taking photos?

I feel like there’s a space between photojournalism’s grim honesty and the empty eye candy of travel photography. A long time ago a magazine editor didn’t like the mood of some pictures I took and said “remember Amos, the sun is always shining in airline magazines.” I just thought “fuck this I’m just going to shoot what interests me.” That’s a hard road to take financially, but I want to show my grandkids work that’s honest, and that I’m proud of.

Why do you take photos?

I can’t concentrate on things that bore me. Travel photography is the only profession that’s as varied as life itself. 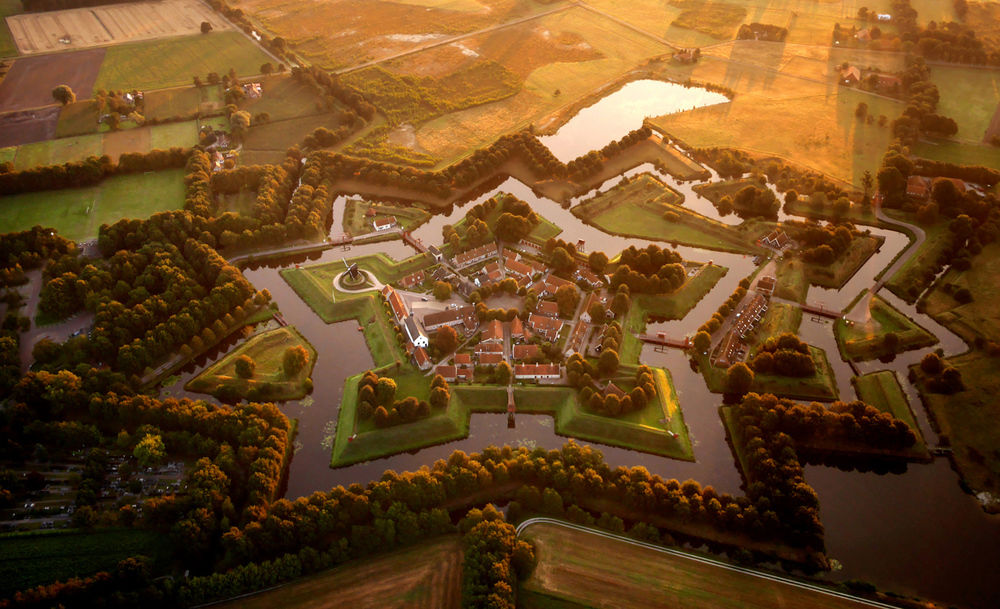 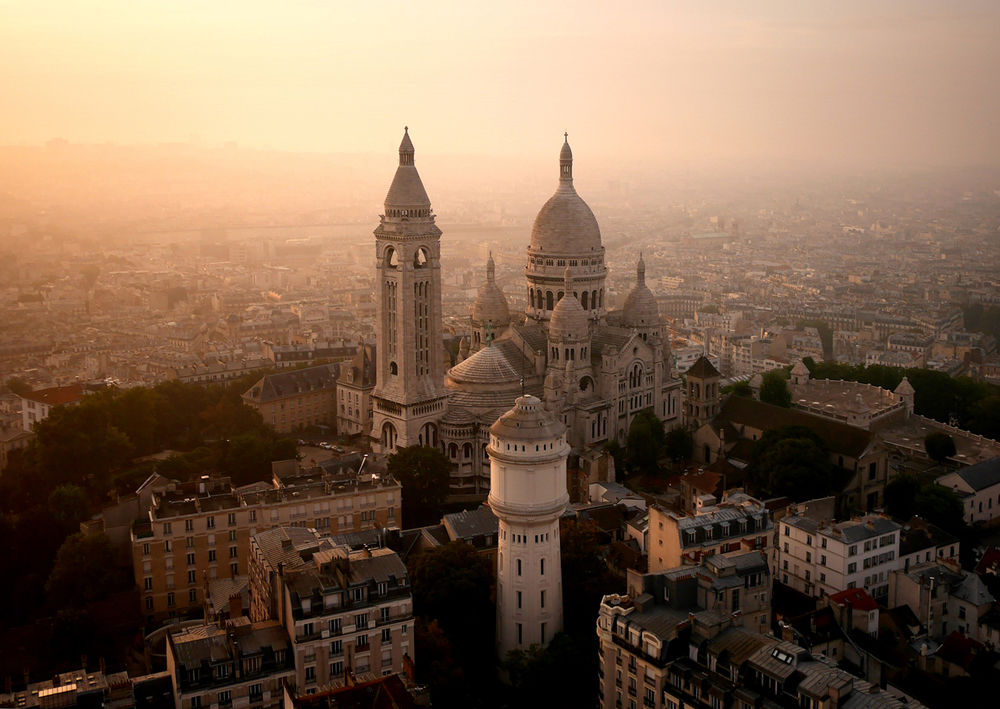 This era we’re sharing. We’ve been born into the best time there has ever been to be alive. It’s starting to slide away from us now, but on almost every metric the last 70 years has been unprecedented. We’re so damn lucky to have landed into this sliver of time and people forget that. I want to remind people with a photograph. It’s not going to last forever.

I love reading but do less of it than I should. It’s embarrassing to admit but I spend too much time online. I need work to keep me on the straight & narrow. 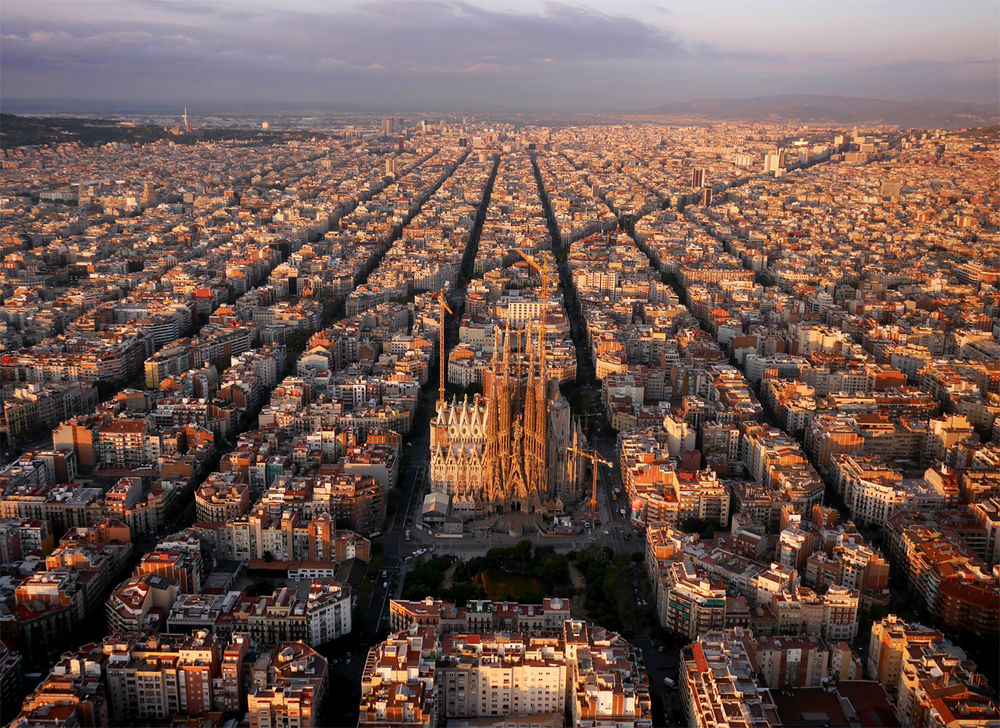 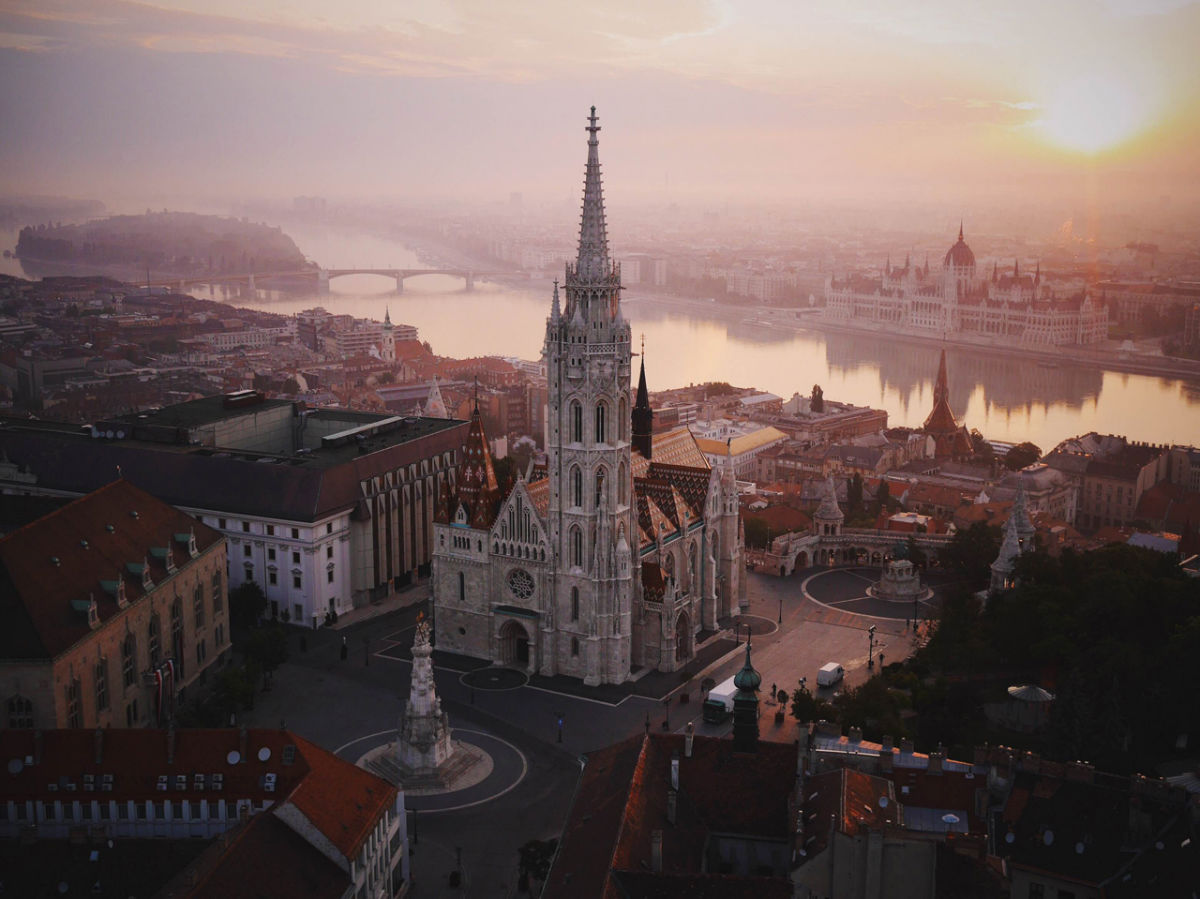 Sophie’s Choice by William Styron. I remember giving this book to a friend and feeling this stab of jealousy that she still had the experience ahead of her. The Looming Tower by Lawrence Wright One Minute to Midnight by Michael Dobbs Kingdom by the Sea by Robert Westall had a huge impact on me when I was a kid. 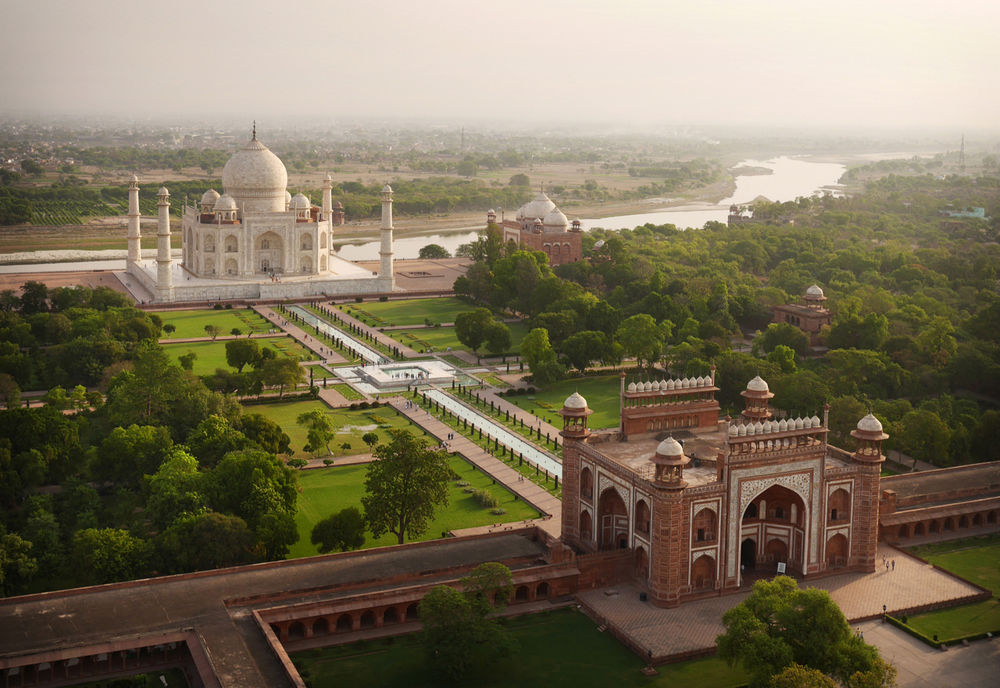 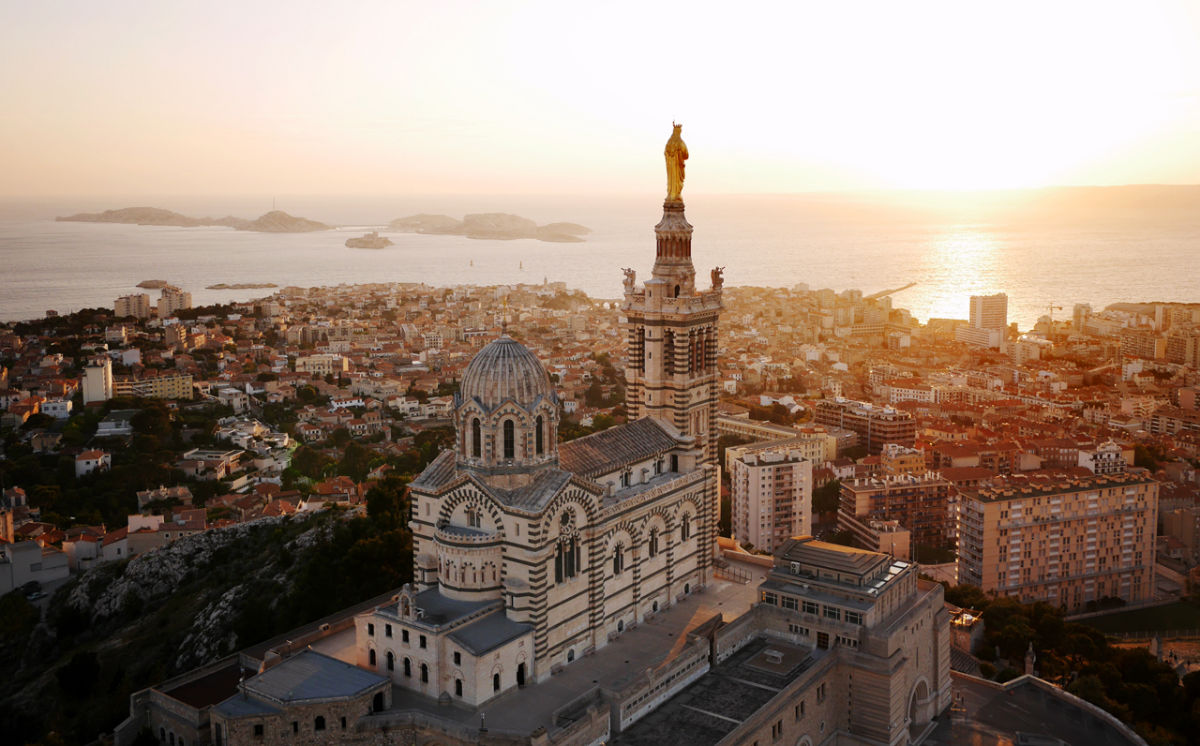 The way you capture light from the air is incredible, can you share a bit more about what goes in to making a beautiful aerial photo?

It’s just time out there. I never expect to get a strong image on the first day. You have to feel the place out – which angle is best, when the sun catches certain details etc. Once you know the place inside out, it’s a matter of waiting for that gift from the weather.

I’m not a religious person at all but some mornings when there’s a layer of mist glowing in the sunrise & everything comes together in the picture… you’re walking back to the hotel through empty streets and really feel like “Wow, thank you”.

What photographers do you look up to and why?

Matthieu Paley, he puts himself in as much danger as any war photographer but comes back with positive images as potent as poetry.

Anders Petersen of Café Lehmitz fame. It’s not often you look at a picture and think “only that photographer could have taken that photo”. 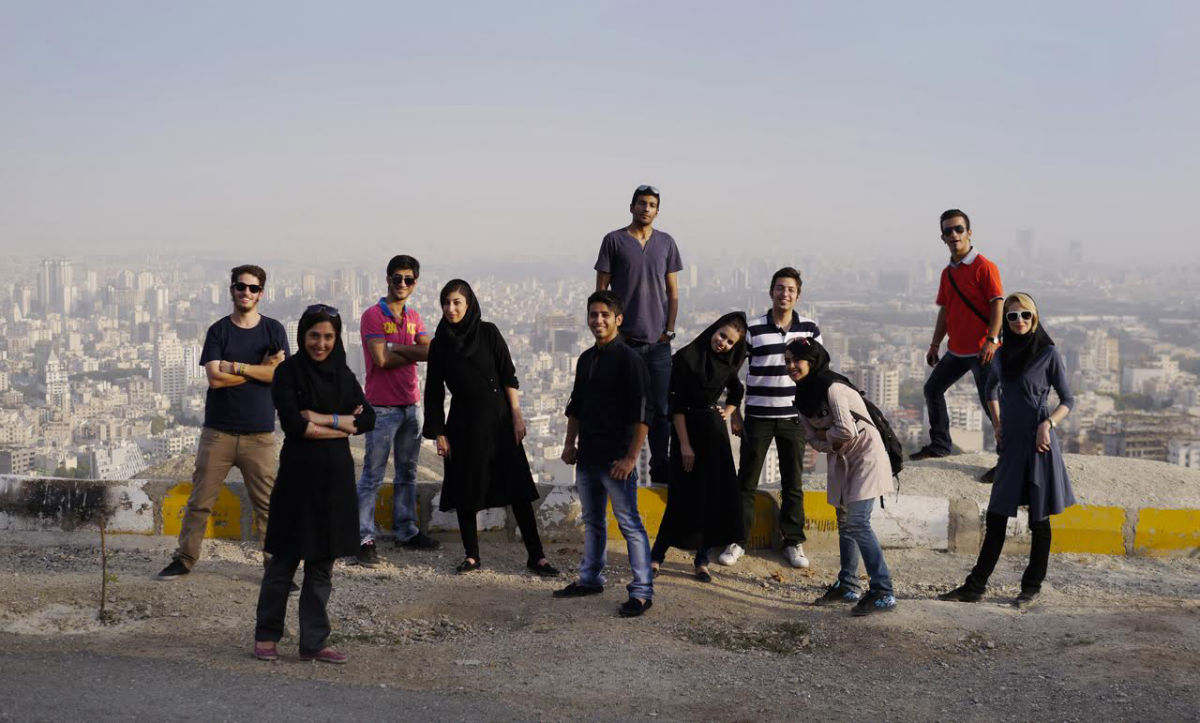 What one photo means the most to you?

It’s a very simple image but it was the one time I felt like I’d been able to represent the Iran that I experienced. These people have the same cultural instincts as us but our media has warped the way we view the country. I’m no bleeding heart liberal – I have no time for Islam, and have experienced real ugliness in Arab countries, but the people of Iran are lumped in with their neighbors & it’s just nonsense.

After September 11, while Palestinians were out celebrating in the streets, Iranians held a mass candlelight vigil. A few months later they were rewarded with George Bush including Iran in his “Axis of Evil” speech. America has the wrong friends and the wrong enemies in the Middle East.

Can you tell us about your editing process as well as what some of your favorite apps are?

I use Adobe Bridge, and Photoshop five point something. I start with Jpegs & usually just give the curves a little tweak & crop the horizons straight. Shooting for newspapers you have to be very minimalist with your editing but it’s the way I prefer to work anyway. Recently I’ve been using VSCO cam filters also but I find they only hit the mark occasionally.

Can you tell us about your drone setup as well as what some of your favorite photography gear is?

I use phantoms for the aerial work, and a Lumix GX7 camera for my work on the ground. That’s all I’ll say for now! 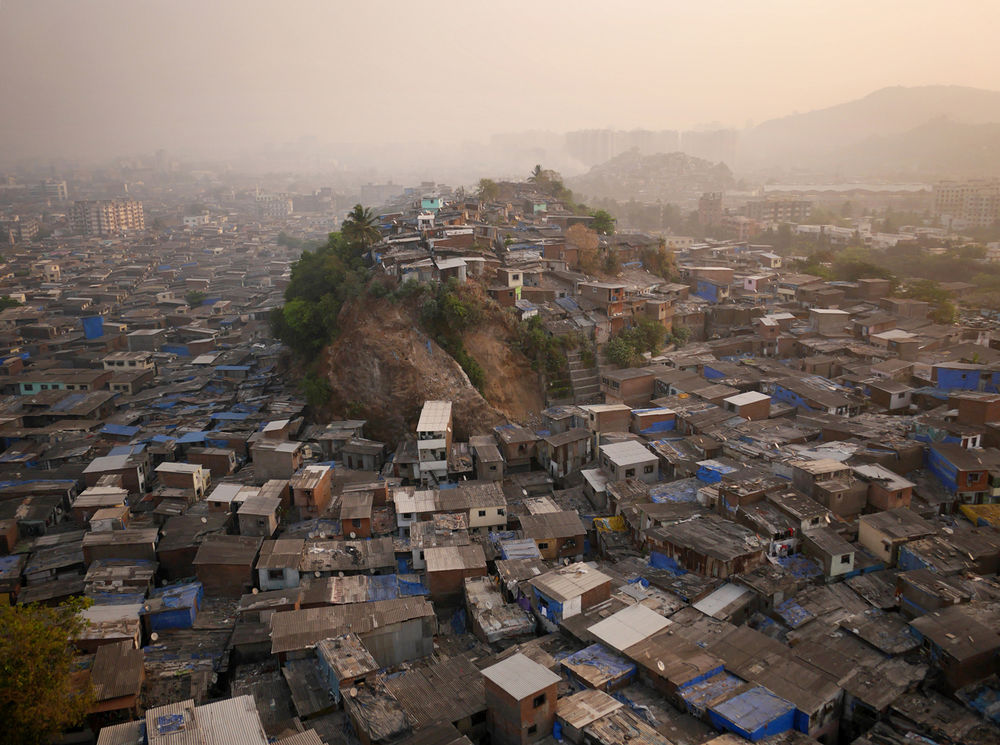 In your opinion what will drone technology and/or the drone landscape look like in the future?

It will be highly regulated, which is good & there will be incredible uses for the emergency services. In terms of photography, I’ll probably bow out of the whole thing soon though. The end results are amazing but with all these apps & gadgetry it’s already starting to feel a bit cringy.

Do you have any advice for aspiring photographers? 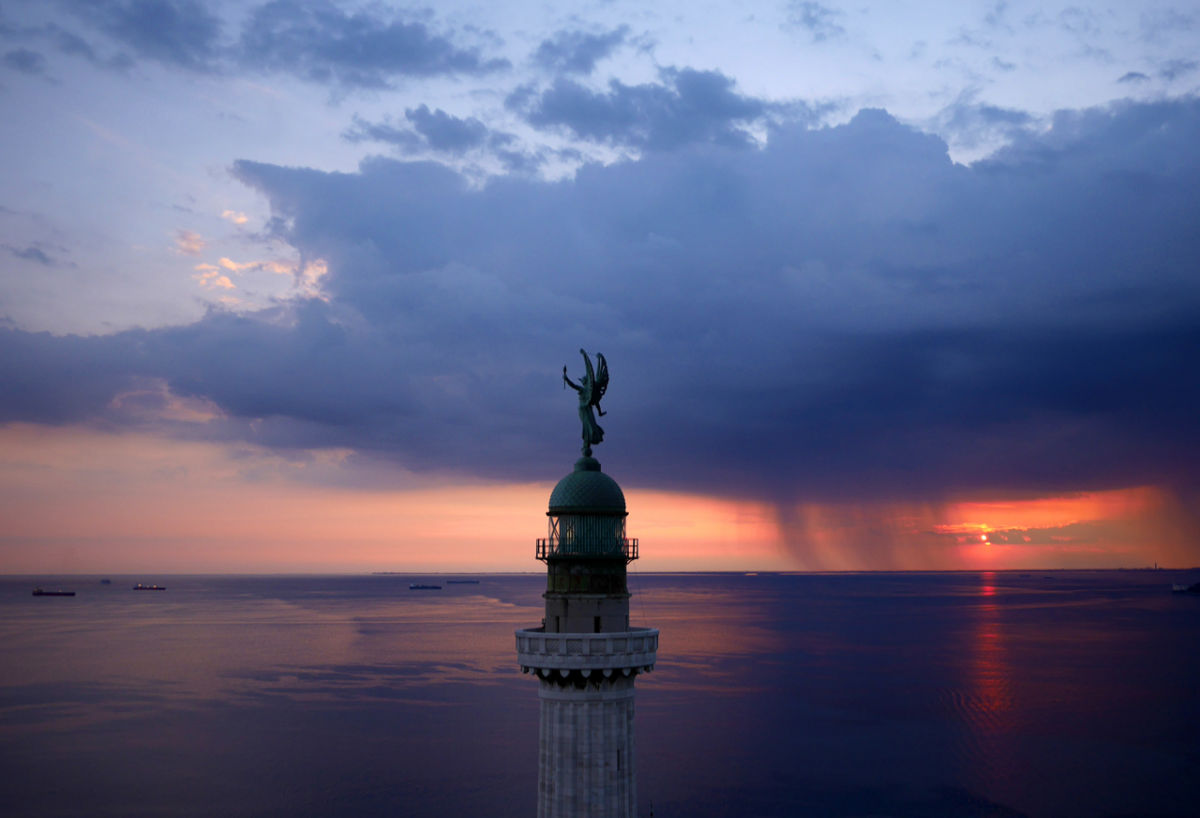 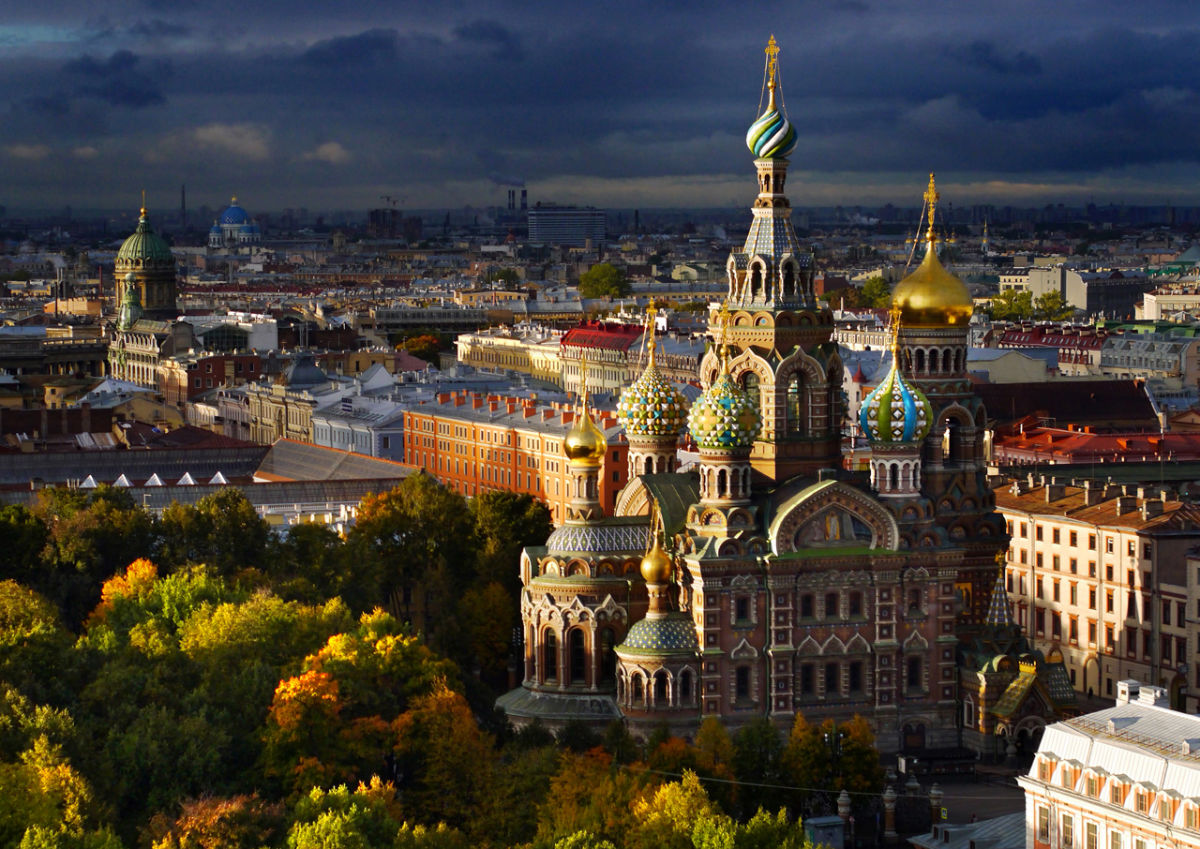 Thanks so much for your time Amos. Looking ahead, what is on the horizon for you? Any interesting projects coming up?

There’s this shoot in India which I’ll be on until November, then I have a last drone series I want to finish where I will be shooting aerials in all the remaining countries which don’t have drone laws in place, then I’m back into Siberia for the winter.

A special thanks to Amos and to you for reading this! To see more of his work or to order prints check Amos out on the web: